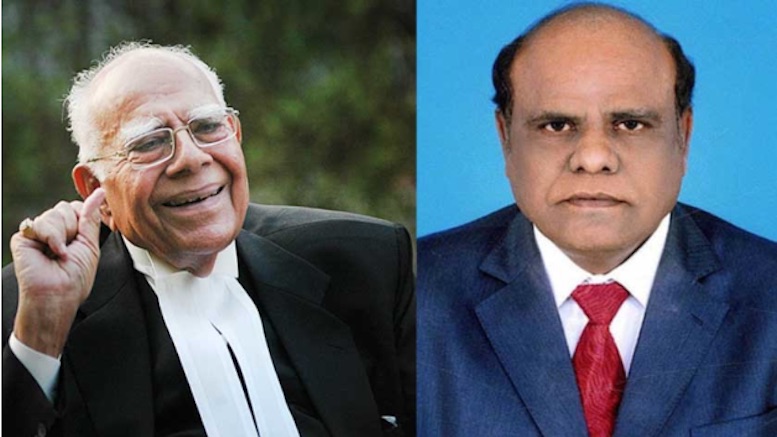 There is clearly quite a backstory here, and unfortunately I haven’t been able to follow Indian legal news closely enough to know about it. But it would appear there is a battle going on between Justice C.S. Karnan of the Calcutta High Court and, unfortunately for him, members of an even higher court.

According to the LiveLaw site, Justice Karnan has accused dozens of other judges—including members of the Indian Supreme Court—of discrimination and corruption. The Supreme Court told him it was considering holding him in contempt, but he didn’t bother to show up for the hearing. It then issued a warrant requiring him to show up. To this he responded, no thanks, and just to cheer them up further he said he was ordering the CBI (like our FBI) to investigate them.

Well, I don’t know all the details, of course, but I do know that only one of the courts involved here has “supreme” in its name. So I would guess that this won’t turn out well for the other one. But that’s just a guess.

Ordinarily, a lawyer who is not a judge at all would refrain, for broadly similar reasons, from telling a judge he or she is an idiot. But if you’re Ram Jethmalani, 93-year-old still-practicing super-lawyer, professor emeritus, and member of Parliament, you can probably get away with that—at least in a case like this one. And Jethmalani did exactly that in this remarkable letter he sent Karnan this weekend: 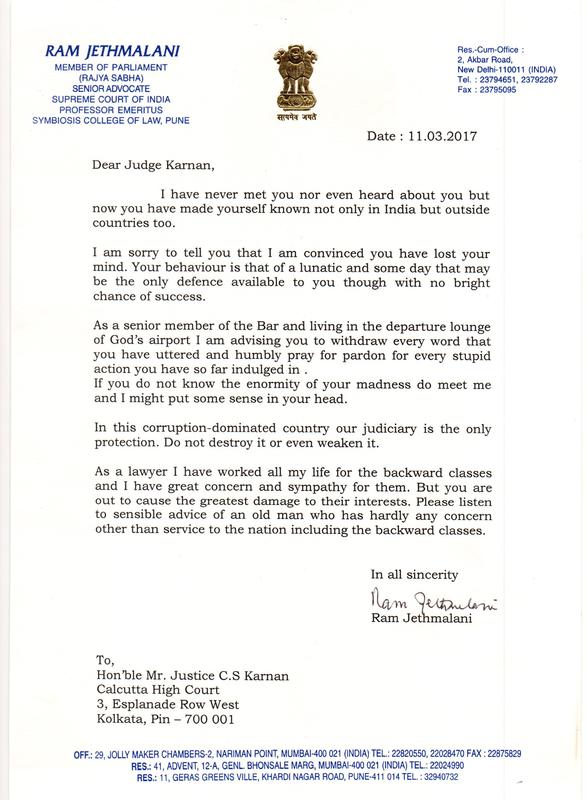 I guess when you’re 93 and living in the departure lounge of God’s airport, you say what you want to say.

Thanks to Annie Gowen of the Washington Post for alerting me to this.

Headline of the Day: “Man Says Weed in Buttocks Is His, Cocaine’s Not”