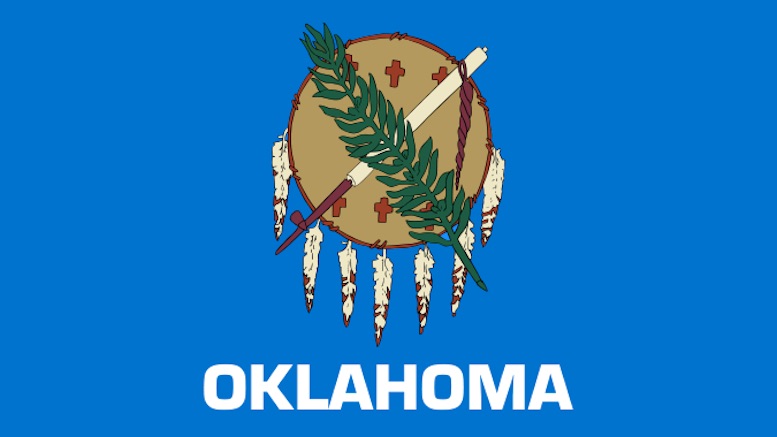 Courts and lawyers frequently try to ferret out the “intent of the legislature” when trying to understand a statute that’s not very clear. That project assumes, of course, that the legislature actually had an “intent” to begin with. Legislatures frequently do, at least in a sense. But sometimes they do not.

Usually, if you’re planning to toss a legal rule that’s been around for centuries, you discuss that with other people first. But it is still unclear whether there was any “planning” involved in the amendment to House Bill 1470. See, e.g., “Massive shift in Oklahoma legal law is a mistake, author says,” The Oklahoman (May 16, 2017). The “author” there is state Sen. David Holt, who was a co-author of the bill but not the amendment that created the “massive shift.” It gives you some idea of how the process worked that a co-author of the bill is just as puzzled as everyone else about what happened.

House Bill 1470 originally was meant only to extend the statute of limitations for lawsuits alleging sexual abuse during childhood. It amended section 12-95(A)(6) of the Civil Procedure Code, which was set up like this:

A.  Civil actions other than for the recovery of real property can only be brought within the following periods …

6.  An action based on [childhood sexual abuse] [can be brought as follows:]

B.  Collection of debts owed by inmates who have received damage awards pursuant to Section 566.1 of Title 57 of the Oklahoma Statutes shall be governed by the time limitations imposed by that section.

At the time HB 1470 passed the Oklahoma House, it only amended subsection (A)(6). But when it went to the Senate, the Judiciary Committee proposed this amendment:

C. In any action brought pursuant to the provisions of subsection A of this section, the court shall award court costs and reasonable attorney fees to the prevailing party.

That was adopted, the amended bill passed the Senate, and the governor has since signed it. So Section 95 now says this:

A.  Civil actions other than for the recovery of real property can only be brought within the following periods …

C.  In any action brought pursuant to the provisions of subsection A of this section, the court shall award court costs and reasonable attorney fees to the prevailing party.

Emphasis added. So in virtually all civil actions in Oklahoma, the losing party now pays the winner’s attorney(s), as well as his or her own. That’s a big deal. And it’s not clear anyone actually meant to do it.

Obviously this was not in the original House bill. Holt, the Senate sponsor, admitted he didn’t intend this result and said he didn’t think anyone else did, either. He thought the intent was only to shift fees in cases involving childhood sexual abuse, the cases for which they were changing the limitations rules. But “[u]pon a closer reading of the amendment,” he admitted—the kind of reading they apparently didn’t do before voting—”it seems evident that it makes all civil cases [not involving property] loser-pays. But nobody caught that.”

Well, where’d the amendment come from? According to The Oklahoman, “Senate Judiciary Committee Chair Anthony Sykes brought the amendment to the April 11 meeting [on the bill], and staff typed it during the meeting.” Did he know what he was doing? Good question. Holt thinks he didn’t. “I was there when the news was broken to him that this amendment went far beyond what we thought it did,” Holt said, “and he seemed genuinely surprised by it.” Hey, Oklahoman, was he actually surprised? “Sykes could not be reached for comment; he typically does not respond to media requests.” He’s sticking to that policy, it appears.

Oh, how about the governor?

Gov. Mary Fallin’s attorneys caught [the error, if it was one] during a review. By that time, the bill had passed both the House and Senate and was just a day away from the signing deadline. Even though her staff knew about the mistake, Fallin signed the bill.

So the governor knew about the issue, believed it was a “mistake” and made a change nobody in the legislature had intended to make, but signed it anyway. Her press secretary said she thought the other provisions were too important to scrap.

That’s understandable—the bill was intended to help survivors of childhood sexual assault, and certainly no politician wants to be seen vetoing a bill like that—but the upshot is that Oklahoma has largely discarded a significant legal rule that’s been around for centuries, and as far as we know, not a single person in state government intended for that to happen.

It is possible that a court would look at this evidence and uphold a challenge to the new law, but most courts would be very reluctant to rewrite a statute to that extent. The governor’s office noted that the measure doesn’t take effect until November 1, and suggested the legislature might want to consider something called a “trailer bill” to fix the problem in the meantime. But a spokesman for the Speaker of the House (should a Speaker have a spokesman? I don’t think so) said they had to focus on the budget between now and May 26, when the legislature adjourns. “That might be something the House looks at next session,” the Speaker’s spokesman said. So, whatever.

Utah Supreme Court Affirms a Woman’s Right to Sue Herself