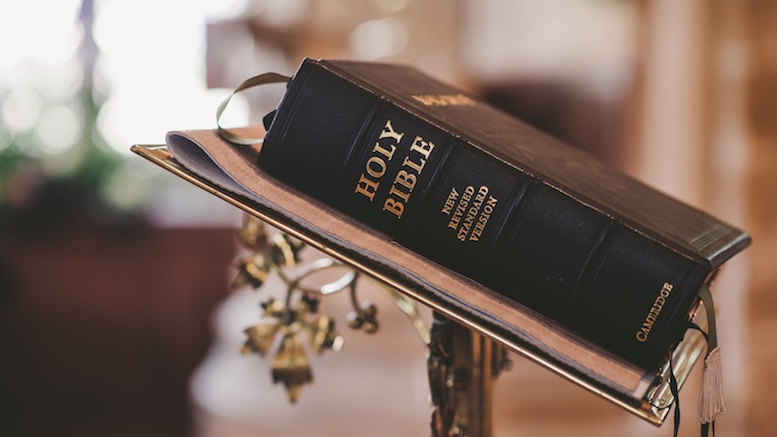 So, let’s see here. In surveys of the 50 states, Mississippi is pretty consistently ranked at or near the bottom when it comes to health care, education, infrastructure, and economic opportunity. It usually has—by a wide margin—the greatest percentage of low-birthweight babies and the highest infant mortality rate, as well as the highest overall death rate, the lowest per capita income, and the lowest percentage of high-school graduates of any state in the nation. It has the fewest doctors, the fewest dentists, the highest rate of heart disease (also strokes, diabetes and septicemia), and was quite recently named the very worst state in the country in which to raise a child.

Clearly, Mississippi is in desperate need of an official state book.

You could probably have guessed which book that would be, too, even if I hadn’t put it in the headline.

Of course, you will have no trouble spotting the main problem with this law: which “Holy Bible” is it making official? This problem may not have occurred to Rep. Miles, just like it didn’t occur to Rep. Tom Carmody of Louisiana (usually state #49) when he tried this same stunt a while back. See “Louisiana Debates Which Holy Bible to Make Official State Book,” Lowering the Bar (Apr. 2014). But then at the time, I had also forgotten, if I ever knew, that the King James Version is, well, missing a few parts. Depending on who you ask, of course, and Carmody didn’t bother to ask any of the Catholics on his committee. The debate that then ensued about the Louisiana bill was something I found very remarkable, as well as very remarkably stupid.

That’s because of the other main problem with such bills: regardless of which Bible the sponsor means, a law that would make any religious text the “official state book” could not be more unconstitutional. (See also this, and this, which dealt with two equally pointless bills in 2016.) But virtually every year, someone who doesn’t understand that, or pretends not to understand that, wastes everybody’s time with similar nonsense.

I guess it shouldn’t be at all surprising that 2018 is no exception.

Guys, No Dealing Drugs at the Office—I’m Trying to Run a Ponzi Scheme Here