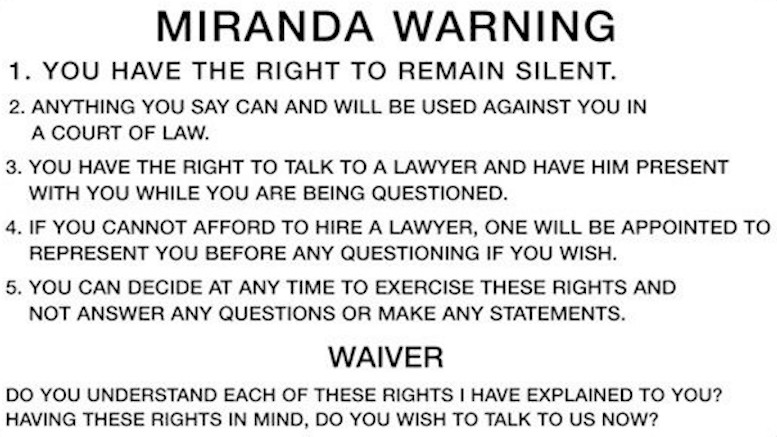 It's the one at the top there, in the bigger font

We already have plenty of exhibits in the Museum of Why People Should Keep Their Mouths Shut, to be honest, but let’s call this a “special exhibition” for which we could, if we wanted, charge extra.

According to WWMT.com, the local news site that appears the least determined to make itself completely unusable with pop-up windows, registration demands, and whatnot, a 22-year-old Grand Rapids man was arrested on January 24 in connection with the shooting death of another man. Vincente Rodrigues-Ortiz was arraigned for that crime the next day, and during the arraignment, most likely as an offhand comment towards the end of the proceeding, Ortiz asked the judge about his “other murder case.”

Because Ortiz did not have another murder case pending against him at the time.

But, now that you mention it, Vincente, we are still investigating a (previously) unsolved murder that happened here in Grand Rapids last March. Is that the one you’re thinking of? Or is there a different other murder case you thought was pending against you? Well, let’s start with that one and see how things go.

I assume he tried to explain the comment away somehow, poorly, but the reports are frustratingly short of details. It’s frankly hard to think of any non-incriminating explanation for that comment, though, to be honest. It seems especially unlikely that you wouldn’t know the status of a murder case pending against you if you were innocent. Maybe he was thinking of something he saw on Law & Order?

Anyway, detectives questioned Ortiz about the “other murder case,” and it didn’t take long to get a warrant for his arrest on that one, too.

“Everything About This Case Turns Out to Be Stupid,” Says Judge

You Unsuccessfully Messed With the Zohan