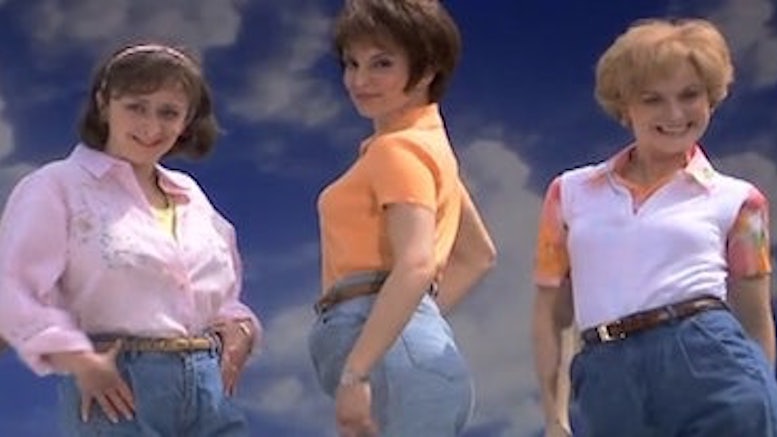 Get used to it, South Carolina (image: NBC)

Here are a few of the headlines in South Carolina right now, according to The State:

So it’s not like nothing important’s going on there. But somehow the state’s legislature has still found time to address perhaps the most important issue of our day: pants that sag too low.

Obviously, this kind of thing distracts from more important matters, like the need to criminalize the use of “rock out” and “Imagine Dragons” in the same sentence. And yet legislatures continue to worry about waistlines.

I say “continue” because this is by no means a new issue. Posts here on this very important topic go back to at least 2007—that’s more than a decade of coverage, people—although it looks like I had mostly lost interest by 2015, or at least it took exceptional stupidity to make me pay attention by then. See “‘God Would Not Go Around With Pants Down,’ Says Councilman” (Sept. 15, 2015).

That time has come again.

South Carolina H. 4957, introduced on February 15, would add the following to the state code:

Section 16-17-780.  (A)  It is unlawful for a person to appear in public wearing his pants more than three inches below the crest of his ileum exposing his skin or undergarments.

(B)  A person who violates the provisions of this section commits a noncriminal offense and is subject to a civil fine of up to twenty-five dollars for a first offense, [and up to $75 and community service for the third or subsequent offenses].

Ten representatives sponsored this bipartisan bill, although I notice that in the last two days no fewer than eight have asked that their names be removed as sponsors. Too late, Reps. Henderson-Myers, Williams, Gilliard, Brown, Anderson, Long, Ott, and Bales! But you are at least entitled to slightly less derision than Reps. Martin and Jefferson, who are either the true believers in the group or got pranked by the others. Or maybe they just didn’t get the memo about bailing out.

I’m guessing the latter, because the driving force behind this seems to have been Rep. Wendell Gilliard (D-Charleston), who reportedly sponsored a resolution on the same issue back when he was a member of the city council. Ten years ago, he said, people thought he was “crazy” to worry about this, but things have only gotten worse: “The pants now are being worn below the knees,” he lamented. Gilliard said legislators had a responsibility to take action. “We have to lead by example,” he declared, a couple days before quietly taking his name off the bill.

Or maybe he just meant legislators should make more of an effort to keep their own pants up, which I think most of us would agree would be a good rule.

The bill, though, would make it unlawful to wear pants “more than three inches below the crest of [the] ileum,” if doing so would expose skin or undergarments. While the exact amount of sag permitted has varied among stupid legislation of this kind, the “crest” measurement is fairly standard, and is intended to keep waistlines just below hip level by measuring them from the top of the hipbones.

Only this doesn’t do that. 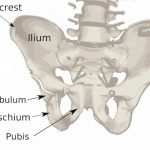 It’s that thing there.

That’s because the “ileum” is not the hipbone, as these jokers appear to believe. That’s the ilium. The ileum is the small intestine, more specifically the last part of it. (You know, the part between the jejunum and the cecum.) Does it matter? Well, I don’t know, do you think legislation referring to human body parts should refer to the right body parts? Because these are two different parts.

Granted, this was obviously a spelling mistake. It’s not that they don’t know the difference between guts and bones. But the fact remains that this particular spelling mistake makes the bill refer to a different thing. And so if the bill passed in this form, acceptable pants height in South Carolina would be measured not by hip level, but by reference to the lower third of the small intestine.

And that would have consequences, you guys, because while the ileum and the ilium are in the same general vicinity, they are not at the same height.

I can tell you that standard anatomy texts, like the ones you might find in a law office, do a terrible job of explaining where the ileum is compared to the hipbone. (I guess the question never occurred to these geniuses?) The books usually discuss one system at a time, so the skeleton’s in one part and the digestive stuff in another, and they don’t appear together. Nor, more surprisingly, has anyone responded to my tweet asking whether the ilium or the ileum is higher, and by how much. But I’m fairly confident now that the answers are “the ileum” and “enough to be funny,” so that’s what I’m going with. 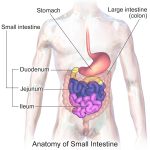 No, that’s the colon

It’s pretty easy to determine that “three inches below the crest of the ilium“—the top of your hipbone—is in the vicinity of what most of us would call the “waist.” The crest of the ileum is harder to locate, at least from the outside, which is frankly where most such investigations should end. But it seems fairly clear that it would be a few inches above the hip. And that means H. 4957 would make it unlawful to appear in public wearing anything lower than mom jeans.

You could argue that a court would never construe the law this way because the results would be “absurd.” But courts are only supposed to apply that rule when the law is ambiguous, and this one wouldn’t be. It’s clear enough, it just clearly refers to the wrong thing. Plus, it’s not like the other interpretation wouldn’t be absurd. And according to some, mom jeans are back anyway, so maybe that’s what the legislature has in mind. So there’s no way around it: almost everybody in South Carolina is going to need new pants.

Of course, there is still time for the legislature to fix this mistake, if it is a mistake. Although at this rate the bill will have no sponsors by Friday, so the problem may take care of itself.

“I Just Want to Let You Know, There Was A Statement In the Pants”