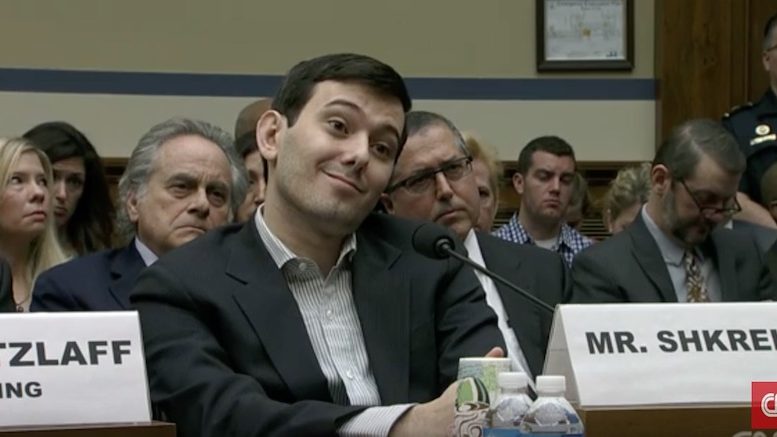 Martin Shkreli smirking at Congress in 2016

Unsurprisingly bad news yesterday for former hedge-fund gnome, now-convicted fraudster, and unrepentant smirk perpetrator Martin Shkreli, or at least it’s unsurprising if you have been paying any attention at all. See, e.g., “A Few Signs That Martin Shkreli Might Be In Some Trouble,” Lowering the Bar (June 29, 2017). A judge ordered Shkreli to forfeit over $7 million in assets, including that Wu-Tang Clan album he bought for $2 million and kept to himself.

Okay, the order doesn’t specifically mention the smirk, but it seems reasonable to assume he had to give it up at least temporarily as a result.

Last November, the government submitted a letter asking the court to order Shkreli to forfeit over $7 million, based on three of the fraud counts of which he was convicted. (Often it doesn’t  wait for a conviction, of course, but let’s give it some credit here.) But it also sought forfeiture of a variety of “substitute assets,” on the grounds that the actual proceeds of the fraud can’t be located (i.e., Shkreli spent or transferred the money):

Of course the first thing one notices about this paragraph is the puzzling double indention of the first line, something that was also the long-standing but utterly inexplicable practice of my own firm for many years until a bloody coup brought down the perpetrators and brought us into the modern age. But I don’t want to get sidetracked by that, just because it is such a baffling typographical atrocity. So let’s stay with the Smirkmaster.

The forfeiture of his $5 million bond and the value of any shares in Turing Pharmaceuticals aren’t that notable, but the other assets are relatively unique. First, of course, the Wu-Tang album, of which there was only one copy. Then there was also “The Carter V” by Lil Wayne, which was described in one report as “rare” so I don’t feel too bad that I’ve never heard of it. It looks like the Picasso hasn’t yet been identified, or at least I can’t find any other details about it. And that leaves us with an Enigma. 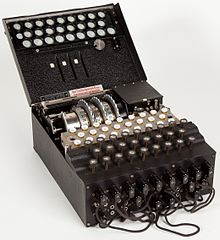 Also not as great as it seemed

That is, among the things Shkreli bought back when he had lots of money was a German Enigma code machine, used by the Nazis before and during WWII although it had been more or less cracked by the Allies early in the war. Shkreli had named his company “Turing Pharmaceuticals” after Alan Turing, who helped break the codes, but he also had a more stupid reason for owning it, as he told Vanity Fair a few years ago. “I’m conflicted because it’s a Nazi relic,” Shkreli said then. “It’s like owning a gas chamber,” he said, though it really isn’t. “But it’s a constant reminder that we should use knowledge for good, even if the process is ugly.” It isn’t that, either. It is, though, an ironic purchase given that Shkreli also tried to get away with something sneaky on the theory that he was smarter than everybody else, but ended up getting carpet-bombed.

In her order Monday, Judge Kiyo Matsumoto rejected all of Shkreli’s arguments—mostly that he didn’t profit from the crime or that his victims weren’t harmed, which was kind of what the trial was about—and also failed to provide any substantial analysis in support of his position. (So basically he was solid on everything except the facts and the law.) The judge agreed with the amount of the forfeiture, and also with the seizure of the bond, the company, the Wu-Tang album and the other album, and the Picasso.

That left another enigma, because what happened to the Enigma? It turns out New York got to it first. According to this report, state officials seized the machine last year and auctioned it off to help pay his tax debt (it went for $65k, if you’re wondering). It also seized and sold three rare documents that Smirkenheimer also owned: one unpublished manuscript by Isaac Newton ($38k), a letter by Ada Lovelace ($26k), and one by Charles Darwin ($5,500). The report doesn’t say what the letters were about, but I assume they too would be constant reminders that we should use knowledge for good, though also completely ineffective in that role.

It has to be said, I think, that these purchases are at least more understandable (for a temporarily rich person) than those of Ponzi-schemer extraordinaire Bernie Madoff, though the latter had much more stolen money to waste. See “Buy Some of Bernie Madoff’s Stupid Crap This Weekend” (Nov. 12, 2010). If Shkreli had billions at his disposal, I have no doubt that he, too, might have had a 200-year-old magazine rack, a bronze armadillo, a pair of shark-tooth cufflinks, 67 belts, and no fewer than 224 pairs of expensive shoes, at least 88 of which were exactly the same kind. Or a collection of equally stupid things.

A Few Signs That Martin Shkreli Might Be In Some Trouble

Some Problems Inherent In Trying to Sell a Counterfeiting Machine