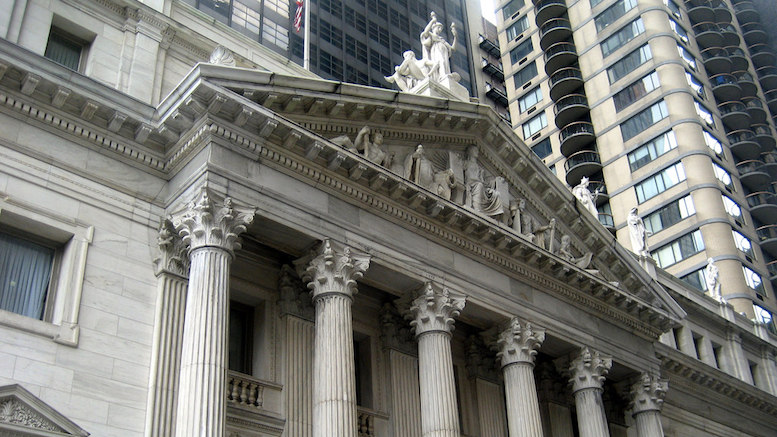 I’m pretty sure the New York Appellate Division shares my view that if an attorney has been suspended from practicing law, he or she is almost certain to be aware of it.

I can’t speak from personal experience of that situation, of course, but I can say that when one has a license to practice law, the bar association of that state typically wants your full name, address, the address of your office, your phone numbers and email addresses, your educational history, your employment history, your criminal history (if any), your fingerprints, your body-mass index, a retinal scan, and your fully sequenced genetic code, and that is all true except for the last three things. In fact, if you don’t provide that stuff, you can’t have a license in the first place.

They also insist that you keep it all updated, so that they can find you when it’s time to pay dues or check CLE requirements, or in some other circumstances, like if you get suspended. This is my understanding. So, it seems very super unlikely that if one were to be suspended from practicing law, one would not realize it.

And, as the Legal Profession Blog reports, the Appellate Division did not in fact believe the man who made this argument in a recent proceeding. In an opinion decided on March 29, the court said that it found the argument “incredible,” and while my OED link isn’t working right now, my recollection is that this word means something like “unworthy of belief.” It didn’t specifically say it thought he was “lying,” but I don’t think it meant “incredible” in the sense of “so impressive one is awestruck by it.” I think it meant that it didn’t think he was telling the truth.

And yet it refused to disbar him (at least for now).

It is true that the suspension was a little unusual, in that it was a “mass suspension proceeding” of all attorneys admitted in New York who had failed to file the required biennial registration statement and pay the registration fee. See In re: Attorneys Who Are In Violation of Judiciary Law Section 468-a, 79 A.D.3d 81 (N.Y. App. Div. 2010). Or at least I thought this was unusual, but it turns out that the court has been suspending people “en masse” this way since 1997. (This particular order, in fact, only applied to attorneys whose last name begins with L through Z, suggesting the court does this at least twice a year.)

According to the order, though, attorneys don’t even get on that list until they have failed to respond to three notices sent by mail and two attempts at notice by publication, including in the New York Law Journal, and the list of suspended attorneys is then posted on the web. But, okay, maybe they had the wrong address(es) or one doesn’t subscribe to the New York Law Journal (this lawyer made both arguments) and one hasn’t googled his own name even once in the past decade. So perhaps one just didn’t notice.

And one also didn’t notice that one wasn’t re-registering every two years or paying the registration fee. Or that one wasn’t taking the CLE classes all attorneys have to take. For seven years? No, not seven years. Seventeen. That is, he had stopped re-registering, paying fees, and taking CLE classes back in 2001, long before he was officially suspended. And because these things are required and every lawyer knows they’re required, the court agreed with the Attorney Grievance Committee that “after 17 years of failing to re-register or complete the required CLE credits it is incredible that respondent thought his license to practice law would remain valid…. Respondent’s contention that he was unaware of his suspension is both incredible and unavailing.”

He contended that he became aware of it only in 2017 after another attorney “brought it to his attention.” The same person brought it to the grievance committee’s attention, and the court noted that when the committee contacted him, respondent said he didn’t realize he had been suspended, but conceded he “suspected he might not be in ‘good standing.'” The opinion doesn’t say what he thought “good standing” meant.

The committee evidently argued that because this attorney has been effectively practicing law in New York without a valid license for almost two decades, and was probably not telling the truth now when he said he didn’t realize for seven years that he’d been officially suspended, he should be summarily disbarred based on that alone. That’s what the court disagreed with. “AGC will presumably continue its investigation of respondent,” it said, “and if warranted, file formal charges.” If warranted. But for now, he will just stay suspended.

On the plus side, the court noted that respondent is now “contrite and admits that he should have looked into the consequences of not registering for such a long time,” so there is that. More importantly, “this is not a case where any clients, or opponents, were harmed by respondent’s conduct,” the court said. He is also paid up on registration fees and has “become current with his CLE obligations,” which he apparently did by taking 17 years’ worth of CLE classes in the past 11 months. But I guess you’d have plenty of time to get caught up if you’re not practicing law.

Which he has promised is now the case.