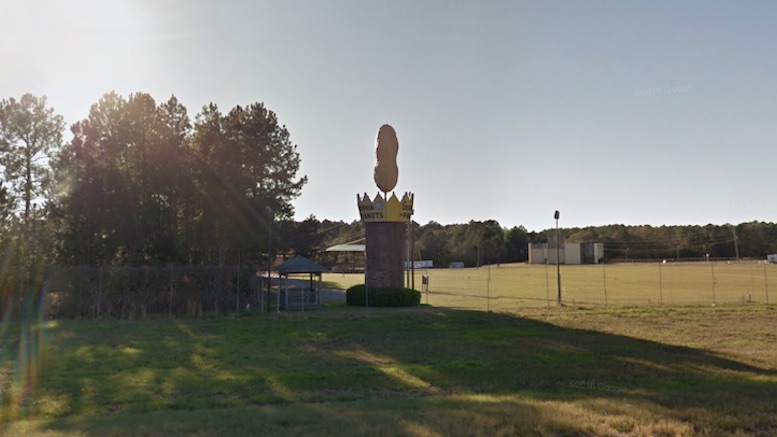 As I mentioned the last time I ventured into this area (see “California Adopts an Official Dinosaur” (Nov. 14, 2017)), this stupid project of reviewing the official crap of all 50 states is made all the stupider by the states’ insistence on continually adopting more official crap. I had only gotten through Florida when I had to divert to Illinois, and by the time I finished that, California had already adopted six more official things. Well, I should have expected this, I guess.

Now on to Georgia, the fourth state to ratify the Constitution, the fifth to opt out of it, the last to be let back in after the Unpleasantness, and the tenth in alphabetical order.

Official state bird: the brown thrasher (Toxostoma rufum). Like most birds, this one refuses to respect state borders and is found throughout the South. Why is it Georgia’s official bird? Good question. When the legislature adopted it in 1970, it said only that “countless Georgians” had “always” considered the brown thrasher to be the official state bird. And they were obviously wrong about that, but I guess the legislature wanted to make them retroactively not wrong?

Official state game bird: the bobwhite quail. The legislature adopted it in the same resolution as the thrasher, but provided more detail, saying that “this marvelous bird can withstand a loss of two-thirds of its population with no reduction in the spring breeding population, thus providing Georgia huntsmen with continued exciting sport….” That is, its high reproduction rate allowed Georgians to murder a full two-thirds of the species every year. Well, it seems like making it an official bird is the least they could do.

Official state fish: the largemouth bass, of which Wikipedia says: “They are, perhaps, one of North America’s most tolerant fish.” That article also contains the phrase, “strong cultural pressure among largemouth bass anglers,” which is when I quit reading, and not just because of the missing hyphen.

Official state flower: “the native azaleas (Rhododendron sp.), collectively….” So, Rhododendron is a genus that contains some species that are called “azaleas” and some that aren’t. Which means all azaleas are rhododendrons, but not all rhododendrons are azaleas. I think that means Georgia’s definition doesn’t make any sense, even after being “clarified” in 2013. But according to this, the confusion between these things goes all the way back to Carl Linnaeus, so thanks for that, dick.

Official state floral emblem: the “Cherokee rose.” Not the official flower, but the official floral emblem. What’s the difference? Apparently none. Some states designate the flower, some the “emblem,” some both. But who cares, because picking the “Cherokee rose” as Georgia’s official anything is all kinds of wrong. First, the 1916 resolution adopting this declares that the Cherokee rose had “its origin among the aborigines” of Georgia and “is indigenous to its soil….” Nope. It’s indigenous to Asia; the English brought it here. Second, it’s called the “Cherokee rose” here because of its association with the Trail of Tears, that wonderful episode in which the Cherokee people were illegally forced out of Georgia and forced to walk to Oklahoma, thousands dying as a result. So, hey, neat emblem.

Official state tree: the live oak. There are lots, but they probably meant Quercus virginiana, also known as the “southern live oak.” These grow throughout the South and can be quite majestic. Just ask the 8,575 members of the Live Oak Society—well, ask its chairman, who, according to the Society’s bylaws, is the only human allowed. The members are all trees. This includes the Society’s officers, who are appointed according to girth. The current president is Seven Sisters Oak, in Lewisburg, Louisiana, which has a girth of over 38 feet and is believed to be 1200 years old. (The President out-girths the Vice President by more than seven feet.) Some of the members are located in Georgia, as you would expect.

Official state fossil: the shark tooth. Lame. Shark teeth can be found virtually everywhere in the world, including in sharks that are not even dead. You couldn’t find a dinosaur to claim? Or, how about Newt Gingrich?

Official state dog: the “adoptable dog,” which is any dog available for adoption by the general public. Making adoptable animals “official” seems to be a trend lately, and I’m fine with that gesture, but it seems like there might be something more direct they could do.

Official state song: “Georgia on My Mind.” The song is “used by permission” and “governed by 1979 agreement with Peer International Corporation,” the copyright holder. Personally, it seems dangerous to adopt an official state thing that requires permission to use, because what if it gets revoked or Georgia can’t pay the fee? Then what?!

Official waltz: “Our Georgia.” Oh, I guess they could use that one.

Official drama: The Trail of Tears. No, just kidding. It’s “The Reach of Song,” which is less dramatic but typically involves several thousand fewer deaths.

Official state monument to the official state crop: “The peanut monument located in Turner County on the west side of Interstate Highway 75 within the limits of the City of Ashburn,” and no other. (See above.)

Official state railroad museum: the Central of Georgia Railroad Shops Complex in Savannah, which probably also has some shops Georgia would like you to visit. But wait: Georgia also has an “official state transportation history museum,” the Southeastern Railway Museum in Duluth, which obviously is also a railroad museum. It’s like with the insect and butterfly: make a decision. This is cheating.

Justice Scalia and the Genetic Panopticon