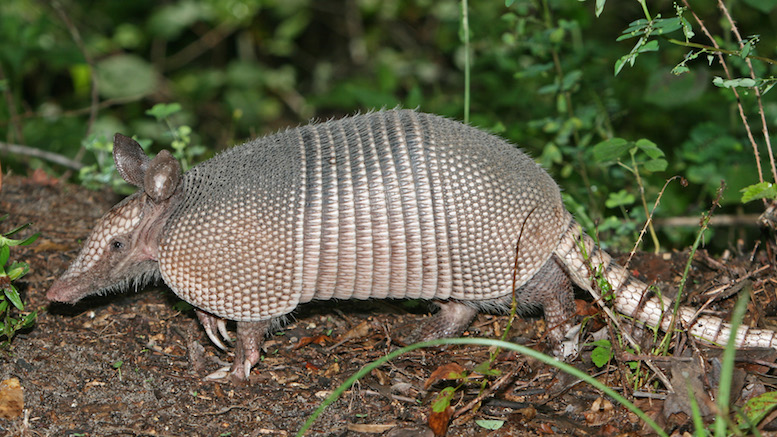 Maybe the light was bad

I just noticed that this story is over a year old, but I was halfway done with the post so you’re getting it anyway.

It’s the story of a 54-year-old Georgia man who, in April 2015, did not panic and flee the country—or at least make up a better story—after accidentally shooting his mother-in-law while trying to kill an armadillo. True or not, I would probably have just booked a flight to Morocco, because who’s going to believe that story? But this man is obviously braver than I.

According to the report—and I assume according to the man, who I’ll refer to as “Larry” because that’s his name—Larry was outside shootin’ at an armadillo with his 9mm pistol when the incident occurred. He got the armadillo all right, but the bullet then “ricocheted off of it, hit a fence, went through the back door of his mother-in-law’s mobile home [about 100 yards away], through a recliner she was sitting in, and into her back.” She was not severely injured, which supports his story because the bullet obviously lost most of its momentum before hitting her. (Though maybe the recliner is the hero here.) Police bought the story, in any event, and no charges were filed.

I assume two things here: (1) that police examined the armadillo in question, and (2) that the report is probably not accurate in saying that the bullet “ricocheted off” it rather than off a rock or fencepost or whatever was behind said armadillo. Armadillos are of course armored—the name means “little armored one” in Spanish, although the Aztecs called them ayotochtli or “turtle-rabbits,” so it’s too bad the Spanish won—but the armor is made of bone and so not likely to stop a 9mm round. A ricochet isn’t impossible, I guess, but then it’s hard to see why the shot would have killed the armadillo, unless he had a heart attack. It is also possible that the bullet was deflected as it passed through the animal, and then again by the fence, which seems like the most likely explanation to me. So while the Lee County Sheriff’s Office didn’t ask for my help at the time, they’ll probably be glad to know I find the explanation plausible. (So I’ll be sending them a bill, is what I’m saying.)

You may be thinking that Larry might still have a negligence or reckless-endangerment problem, given that he was out blazing away at turtle-rabbits within pistol range of other households. But probably not, given that the report quotes a county supervisor as saying that they recommend bullets as a way of dealing with armadillos, at least outside urban areas: “At first I ask if they [citizens plagued by armadillos] live in the city or county,” he said, “because shooting is an effective way of getting rid of them.” You do “have to be safe” when you are trying to shoot them, he cautioned. So try to get the armadillo to move to a firing range first if you can, or maybe follow the advice of the sheriff’s office and choose a more appropriate weapon. “I really think if they’re going to shoot at varmints and whatnot,” a representative said, “maybe use a shotgun … with a spread pattern with a lot less range.” That would help ensure that only the varmint or whatnot you’re aiming at would be put at risk.

I felt a little sorry for this particular varmint until I remembered that armadillos are natural carriers of leprosy, which is one of the nastier diseases. Although this is not their fault, it is an excellent reason not to eat, throw, or otherwise handle an armadillo or armadillo corpse, and maybe a good reason to shoot one if you need to. But do check for mothers-in-law before opening fire, please.

Man Gives Ex-Wife a Boulder for Her Birthday