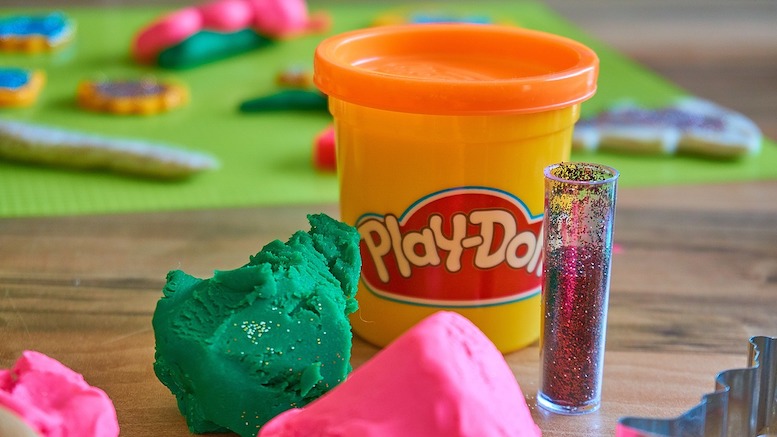 Bad news for those of you who currently emit a sweet, slightly musky, vanilla fragrance, with slight overtones of cherry, combined with the smell of a salted, wheat-based dough. You need to stop doing that immediately, because that particular smell has just been trademarked by the Hasbro Corporation.

Actually, it’s probably fine if you smell that way because you’ve recently been handling Play-Doh. If you haven’t, you probably need to go see a specialist, like, immediately. 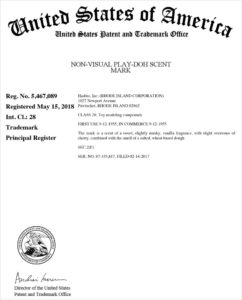 Hasbro announced on Friday that the trademark it claimed for the “iconic” Play-Doh scent had been officially recognized by the U.S. Patent and Trademark Office. That makes it one of only about a dozen scent trademarks that the PTO has recognized to date, including Verizon’s “flowery musk” store scent, the bubble-gum smell of Grendene jelly sandals, and the scent of strawberries with which Lactona toothbrushes are “impregnated.”

Why so few trademarks, when there are so many smells? Well, it isn’t easy to trademark a smell, and the concept itself is a little controversial. The main problem seems to be the requirement that a trademarked feature be “nonfunctional,” designed to keep trademarks from limiting competition too much and probably also to keep them from overlapping with patents. This, ironically, means that the smell of a perfume cannot be trademarked, because the PTO considers that to be its function. It is possible to patent a scent molecule, as we have discussed here before. See “‘Pretty Sure Stank Is Patented,’ Lawyer Claims—But It’s Complicated,” Lowering the Bar (Oct. 18, 2017). But that too is rare.

Play-Doh itself was patented in 1965, following an application entitled “Plastic Modeling Composition of a Soft, Pliable, Working Consistency,” a name I assume they dropped only because it wouldn’t fit on the can. What the hell is it? Well, it consists “essentially of vegetable flour, such as grain flour which is adapted to be gelatinized; water; a hydrocarbon distillate [very lengthy description omitted]; and a soluble saline extender. Preferably also a drying agent, a hardener and astringent agent … sometimes are included.” The application provides a couple dozen examples of formulas that would work, so you might be able to bake some up yourself provided you have the right kind of non-explosive hydrocarbon distillate sitting around. (But please don’t.) Perfume “may be added, if desired,” the application reads, although it is not “essential.”

It has, however, become “distinctive” over the past half-century or so, and it is now a trademark on the Principal Register.

I did uncover one disturbing discrepancy in the company’s claims about this product. On its “Fun Facts” page, Hasbro says that “if you made a big ball of all the Play-Doh Compound ever created, it would weigh more than 700 million pounds.” But according to the very same page, the company has made “over 950 million pounds” of Play-Doh since 1956. So either there is reason to question the reliability of Fun Facts, or a quarter-billion pounds of Play-Doh has gone missing over the years. If so, where is it? I don’t think kids could have eaten that much, although I could be wrong. Have people been dropping it into the ocean, and that’s what’s causing sea levels to rise?

Plaintiff in Deming Case Was Held for 15 Hours [Updated]