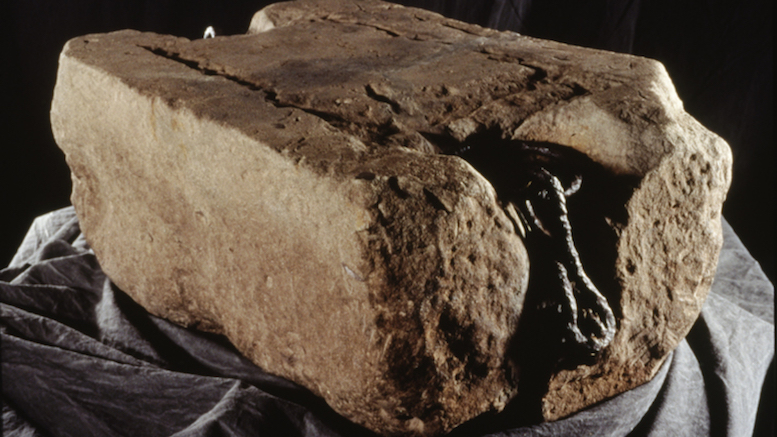 The Stone of Destiny, which came up for some reason

Over in Scotland, a ridiculously patient Lord Turnbull is still listening to the “IndyCamp” protesters, a squad of goofballs who, you may recall, have been camped out on the grounds of the Scottish Parliament since last November. See “Sovereign Citizens Also Bothering Scotland” (Mar. 28, 2016). They are calling for Scottish independence, which is a perfectly respectable thing to call for, but it is also understandable that the parliament would feel eight months is long enough to have these people squatting on its lawn. So it has been trying to evict them.

When we last checked in, Lord Turnbull expected to issue a decision in “a few weeks.” And in a thoughtful decision on May 5, he tossed out the campers’ arguments based on the 1707 Treaty of Union, the Declaration of Arbroath, and the UN Declaration on the Rights of Indigenous Peoples, so if you had any money on those arguments, pay up. But he also said there was no evidence the camp was a security risk or was “inhibiting” others from using the “parliamentary estate” (i.e. lawn), and so he was willing to entertain at least one more argument: whether an order evicting them would be “proportional.”

This is apparently the principle that, under European human-rights law, any interference by the state with the rights of free expression, assembly, and association must (among other things) strike a fair balance between the collective interests the state is pursuing and fundamental rights of the individuals it’s messing with. Seems reasonable, and the question here would be whether the state really needs to kick the campers off its lawn or should just keep looking the other way. At least, this is the argument the judge is, with infinite patience, still willing to entertain.

And so, as you might expect, the campers instead wanted to argue that the rightful monarch of Scotland is in fact Jesus Christ, that the Stone of Destiny should be brought out for His coronation, and that Queen Elizabeth II should be called as a witness (I guess so she could be cross-examined until she agreed to give up Scotland).

They also accused the judge of “blasphemy,” so again, not really focusing on the bone he is very generously trying to throw them.

The blasphemy charge was leveled by Arthur Gemmill, who I believe generated some of the more entertaining nonsense back in March. When the judge asked him to support the blasphemy accusation, Gemmill “said he could not find the passage in the written judgment”—and you should always take good notes about that sort of thing—”but insisted Lord Turnbull had insulted him at an earlier hearing.” Upon further inquiry, Gemmill recollected “that the judge had ‘dismissed my comment that only God could make laws for men,’ by saying ‘is that right’ in a ‘derogatory’ tone.”

If that’s the worst judicial insult/blasphemy he can recall from this case, it just shows how patient the judge is being.

The Queen will not be called to testify (unless she volunteers, which seems very unlikely). The judge expressed disappointment with their references to her, saying it “undermined” his belief they were “genuinely and responsibly” focused on the case, although I’m not sure where he would have developed the belief that they’re focused on anything.

As you may remember from last time, the IndyCampers are representing themselves, which explains some of this. To be fair, they have apparently been trying to find representation, without much luck; one of the campers “told Lord Turnbull that he had contacted 144 lawyers and firms, who all told him they were ‘too busy.'” Sounds like business is good over there.

“We’re Not Dead,” Say Texas Voters Informed They Were Dead