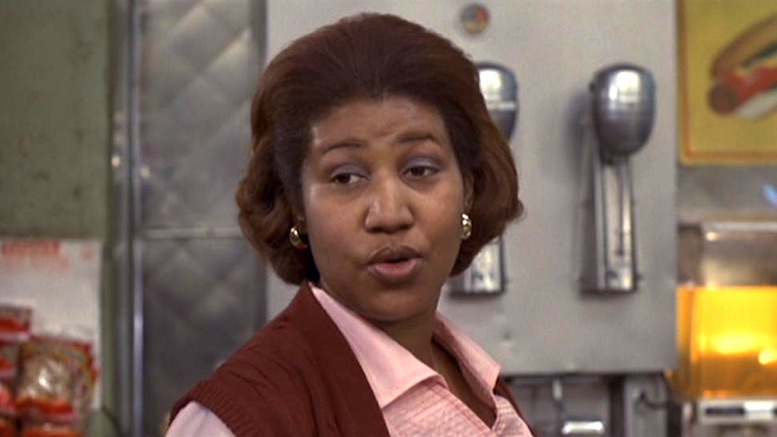 The right answer was Jennifer Hudson.

Just to be clear, there are Aretha-Franklin-related positions a person could take in an argument that would make shooting that person understandable, though not justified. I’m not going to list any of them here, because I don’t want to be responsible for any violence. But I would think anybody being even remotely critical of the unique and irreplaceable Aretha Franklin, especially right now but also ever, should expect to at least get winged a few times.

So don’t stand anywhere near such a person. If one exists.

That wasn’t the issue in this incident, though, which took place in Suffolk, Virginia, on Thursday morning. No, it was perhaps even dumber:

News 3’s Rachael Cardin spoke to a witness who said he heard the two people in a local barbershop arguing over whether or not Halle Berry played or would play Aretha Franklin in a movie.

Police said the fight turned physical and then one of the subjects … produced a firearm, shooting the other man at least once outside the shop.

(Emphasis added.) Both men were taken to the hospital. The shooter was treated and released from the hospital, and then arrested and not released from jail. The other man was said to be in serious condition as of Thursday evening.

As is so often the case, unfortunately, the report did not say which position each of the two men took on this important issue. My guess is that the shooter believed that Halle Berry has played Aretha Franklin in a biopic, because she hasn’t, and people who are wrong often get mad at people who are right. (I have, surprisingly, never been shot.)

Sadly, the parties could have resolved this dispute without violence by simply searching imdb.com, as I just did. Halle Berry has 55 acting credits listed—although, wait a second, one is a music video, one is deleted scenes from Catwoman, and one is Catwoman, so let’s call it 52—beginning with a TV role in Living Dolls (1989) and breaking into films as “Vivian” in Jungle Fever (1991). She also played “Nina” in Bulworth (1998), “Storm” in four X-Men movies, and will soon appear as “Sofia” in John Wick 3: Parabellum (2019), a movie about which little is currently known except that an astounding number of people will get shot in the head.

There is absolutely no doubt about that.

I’m not saying these are bad films. They are very highly rated, in fact. And I like action films. I’m just saying, maybe dial it back a bit with all the shooting people in the head. That’s all. Not really my thing. But assuming the trends continue, and they almost certainly will, in the third film John Wick will kill 212 people, and will shoot almost all of them in the head.

But almost certainly none of those people will be Halle Berry, unless she plays another assassin, which I guess is possible. She won’t be playing Aretha Franklin, though, in that or any other movie, nor has she ever done so in the past. What the two dummies in Virginia may have been misremembering was that Aretha wanted Halle to play her in a movie based on her autobiography, but Halle reportedly turned it down because she can’t sing and didn’t want to lipsync (though she did that in Dorothy Dandridge, and won an Emmy). The role has apparently gone to Jennifer Hudson, but reports of the shooting have not said whether that was either combatant’s guess.

Aretha herself appeared in The Blues Brothers (1980), and, as with everything else she ever did, she stole the show.

Court Rules Icelandic “Girl” Can Use Her Own Name