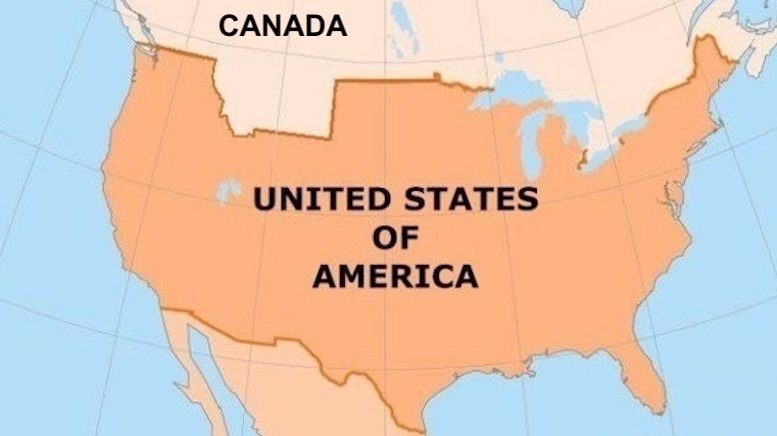 This seems to have flown under my radar (finely tuned though that radar is), but on February 19 a committee of the Montana Legislature voted to draft a resolution opposing a proposed sale of that state to Canada for $1 trillion: 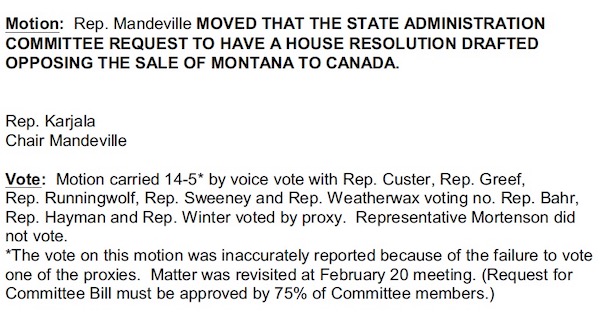 It dropped that idea the following day, but a sale still does not appear to be imminent.

According to the Great Falls Tribune, the vote followed its report that thousands of people had signed a petition on Change.org calling for the U.S. to sell Montana to Canada for $1 trillion “to eliminate the national debt.” The petition didn’t really get into the details. “We have too much debt and Montana is useless,” wrote the organizer, Ian Hammond. “Just tell them it has beavers or something.” At the time of the Tribune report linked above, 8,500 people had signed the petition (the number currently stands at 18,501).

Montana certainly does have beavers, though it’s not easy to get information on how many beavers it has. I suspect that information could be found within this recent U.S. Fish & Wildlife Service report on Montana beaver management, but for some reason it’s not available to the public. (I have of course asked for a copy as well as an explanation of why beaver-management data is classified.) The answer is probably that Montana has “a lot,” but the problem with the proposed sale is that Canada already has all the beavers it needs, and probably more than it wants. See Meagan Campbell, “Canada’s Beaver Problem,” Maclean’s (July 5, 2017).

Another problem with the proposal, at least from the U.S. point of view, is that even assuming Canada would pay us $1 trillion for Montana that wouldn’t come close to “eliminating the national debt.” It wouldn’t even eliminate the national deficit—the amount by which we’re over budget—for a single year. (In January the CBO estimated that the national deficit will average $1.2 trillion per year for the next decade.) The national debt—the total amount we owe—is more than $22 trillion. Every little bit helps, I guess, but we only have so many states to sell off. (See also this 2012 analysis of the possibility of selling Alaska.)

Montana’s House State Administration Committee wasn’t seriously concerned that the state would be sold to Canada without its consent (the sponsor admitted the measure was just for “fun”), nor did it need to be. Setting aside that Change.org petitions aren’t legally binding, the U.S. Constitution prohibits any change in state borders without the approval of Congress and the state legislature(s) involved. That, among other provisions, would preclude a forced sale. The Constitution doesn’t say this specifically—as you may recall, it discusses how states get into the Union, but not how or if they can get out, and there is some reason to believe getting out would be difficult—but I think my conclusion is fair.

When confirming that the no-sale-to-Canada measure failed on February 20, I also noticed that the first item taken up that day was HB 392, which would have made “Hippy Hippy Shake” by Robert Romero the official rock and roll song for the state of Montana. (It has an official state song already, the much more boring “Montana.”) According to the bill, Romero was a student at Billings Senior High School when he wrote the song in 1959, and the original demo tape was recorded in Billings. The Beatles recorded it for BBC Radio and “played the song regularly” early in their careers. “WHEREAS,” the bill continues, “Montanans shake it to the left and shake it to the right, and do everything with all of their might,” the bill proposed making the song official. HB 392 easily made it out of committee, 18-2, but ran into trouble in the full House, where it eventually failed 37-63.

I think the part about Montanans shaking it to left and right and doing things with all of their might is taken from the song and not a study on the habits of Montanans, but I don’t really remember the lyrics. I think it would also apply to beavers, but can’t be sure until the government declassifies that information.

Why Poland Has Three Presidents Today