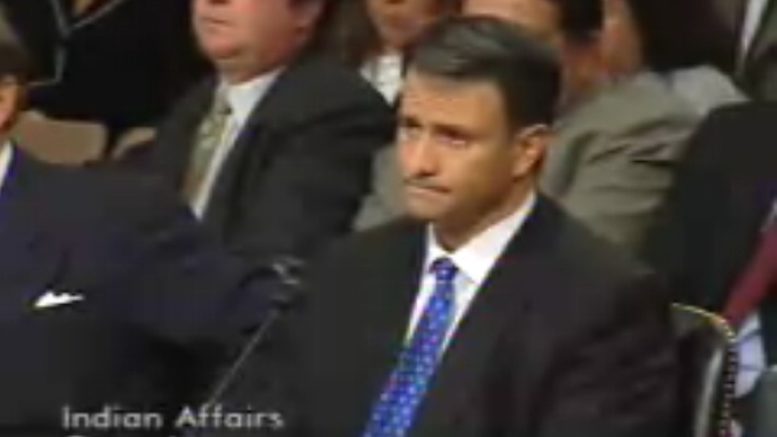 His ethical principles were fuzzy too

When I give ethics seminars I usually mention the case of Jack Abramoff, a former lobbyist who went to prison for defrauding clients. Abramoff pleaded guilty in 2006 to taking at least $25 million from clients, mainly Native American tribes, in one case secretly lobbying against one of the clients he was being paid to lobby for. He also pleaded guilty to bribing dozens of officials, including at least one U.S. representative. Many others were convicted of corruption or bribery in the scandal.

According to Abramoff, he was just sort of pushing the envelope, not doing anything new. (In the clip I show in the seminar, he points out that he “didn’t invent corruption,” which is true but sort of beside the point.) After his shenanigans came to light, Congress amended the Lobbying Disclosure Act of 1995 in response, by passing a bill with the entirely serious name of the Honest Leadership and Open Government Act of 2007. This was an effort to address some of the loopholes and/or gray areas that Abramoff had exploited, or to make it appear as though they were being addressed, depending on your point of view. Among other things, it imposed additional disclosure requirements on lobbyists and increased various penalties.

Abramoff was released from prison in 2010, saying that he was now committed to fighting corruption. Not everyone was convinced. “Booking Jack Abramoff to speak on political reform is like hiring Bernie Madoff to host a seminar on smart and prudent investing,” one skeptic said at the time. O ye of little faith!

Well, ye were right this time.

According to the New York Times, in June of this year Abramoff became the first person charged with violating the amended Lobbying Disclosure Act. Which, as I mentioned, had been amended because of his own crooked lobbying.

It appears that after permanently solving the corruption problem, Abramoff decided to get involved with a company that planned to develop and manage a new cryptocurrency called “AML Bitcoin” and hoped to raise up to $100 million from selling it. Selling cryptocurrency (which I understand is like actual currency, but crypto) is not fraudulent in and of itself, I guess, but it is illegal to make false claims and promises about it. That’s what Abramoff did, according to the government. Actually, according to Abramoff too, because he pleaded guilty to the wire-fraud charge in July.

But especially relevant here, because it’s funnier, is that Abramoff was also charged with, and pleaded guilty to, violating the Lobbying Disclosure Act in 2017. He had been working on behalf of an unnamed entity in California that was advocating for changes in federal law and policy regarding marijuana, and met with at least one member of Congress to discuss the matter. He also seems to have done similar work for a “business person seeking to fund certain lobbying efforts” who in fact turned out to be an FBI agent. But you can’t do these things legally without registering as a lobbyist, which Abramoff did not do.

Could Abramoff simply have been unaware of the requirement? Unlikely, the government suggested, alleging that “ABRAMOFF was aware of the obligations to register as a lobbyist in part because Congress amended provisions of the Lobbying Disclosure Act in 2007 in part as a reaction to ABRAMOFF’s past conduct as a lobbyist.”

I don’t know if there’s another case of someone being the first person to break a law that was passed because of his previous crimes, but that too seems unlikely. Of course, it may be even more unlikely that Abramoff is actually the first person to break this law in the 13 years since it was amended. But he is at least the first one to get caught. Unless he gets pardoned—which of course is entirely possible—he faces another five years in prison. After which, he will definitely be turning over a new leaf. Again.