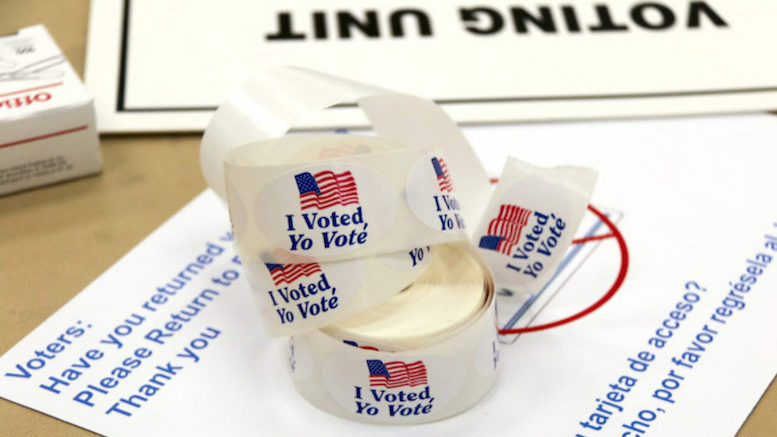 A bunch of voting stickers just sitting out in the open, totally unsecured

Some of you have probably noticed Donald Trump isn’t doing so well in court when it comes to election litigation. But just how poorly is he doing? That turns out to be hard to measure.

This started out as an attempt to nail down the Trump team’s actual won-lost record, but that turns out to be very difficult to do, and not just because it’s a moving target. It’s also because doing this depends on assumptions and definitions that are rarely consistent from source to source. For example, do you count all lawsuits related to the election, or only those filed after Election Day? All lawsuits filed that support Trump, or only those filed by the official campaign? Do lawsuits filed by Sidney Powell count, or only those that don’t make me snort beverages out of my nose? It all depends.

Similarly, are we counting all wins and losses, or just those that determine the final outcome of a case? For example, a party might (1) seek a preliminary injunction and lose because they couldn’t show immediate harm and a likelihood of prevailing; (2) keep going and then lose on the merits for lack of evidence; and then (3) appeal and lose for failure to show prejudicial error. That would be one “case” but (arguably) three losses.

There’s also, of course, the question whether it even matters—not the overall outcome, but the specific won-loss record. Usually, that doesn’t matter in litigation. Often you don’t end up with a clear-cut win or loss, and a party could lose multiple times but still win if an appeal comes out the right way. It is also true, however, that if an argument or a party has lost over and over and over again, eventually that might qualify as evidence that the argument sucks and/or that the party is pushing it for some reason other than seeking a legal victory.

Consider the “birther” litigation, led in part by Orly Taitz, that intrepid lawyer/dentist who filed many of the lawsuits claiming Obama wasn’t legally president because he wasn’t a “natural born citizen.” I didn’t write about every loss the “birthers” suffered in court, nor could I have, because the last time I checked (in 2012) they had lost 158 times (counting appeals) and had won exactly no times. And according to an updated version of the “Birther Scorecard,” which you can find here, as of August 2015 the tally was a remarkable 0–381. Zero wins. Three hundred and eighty-one losses. If it takes an 84-page table to list all the times you’ve lost in court, I would say that’s admissible evidence that your arguments suck and that you probably have an ulterior motive for continuing.

I could also cite Orly’s attempt to sue the Electoral College, which isn’t a thing you can do, or her attempt to sue me, which has also never been done successfully, but here we’re talking about the overall record. Which sucked.

So how about the Trump team? Again, it’s a moving target. According to Democratic lawyer Marc Elias, who runs Democracy Docket, as of Saturday (Nov. 28) there had been a total of 137 election-related lawsuits filed in 27 states, but that apparently includes lawsuits filed before and after the election by either side. (Non-partisan sources for similar information include OSU’s Major Pending Election Cases site, a partnership with SCOTUSblog‘s 2020 Election Litigation Tracker.) On Sunday, Elias said the “post-election litigation” tally involved 53 cases, of which Trump had lost 39. Trump did in fact win a case involving a mail-ballot deadline (not fraud) in Pennsylvania, and estimates of the number of ballots thrown out for that reason range from “dozens” to “hundreds.” That’s a little shy of Biden’s margin in that state (80,555), but it still counts as a “win” for counting purposes. So that would make the record 1–39.

It would be worse if we totaled up all the rulings, as with the birthers’ record, because Trump hasn’t been doing any better on appeal. Most recently (as of Friday), the Third Circuit rejected a challenge to Pennsylvania’s election results (see this report and the opinion) by applying this revolutionary legal doctrine: “Charges require specific allegations and then proof.” What, both? Tested against this radical standard, Trump’s claims seem to have fallen short. It was also difficult for Trump to explain this as a partisan decision by Democrats, mainly because all three judges are Republicans (Trump appointed the judge who wrote the opinion, which must have made him really mad). Based on a quick scan, I counted at least nine losses on appeal, so I feel safe in saying that at best Trump’s record would be 1–48 if counted this way.

There are those 13 pending cases, at least one of which is pending before the U.S. Supreme Court. (SCOTUSblog says there are five currently pending there, but I’m not sure those are all included in Elias’s count.) But no one should think (although many do) that any of those cases will produce a shocking final result—at least if other appellate courts continue to apply the Third Circuit’s standard. As FactCheck.org explains here, although Trump, Giuliani, Powell, and so forth routinely claim in public that there was widespread fraud (and/or a Communist conspiracy led by the ghost of Hugo Chavez), when Trump’s lawyers actually appear in court they routinely admit that they have no evidence to support those claims.

So if that’s the case, why are these cases still pending, and why are even more still being filed (several have been filed just in the last week or so)? Well, it could be that dramatic and admissible evidence of voter fraud has just recently been unearthed. I haven’t read the new filings. But it seems doubtful. (Some have suggested the Trump team is waiting to produce evidence until they get to the Supreme Court, and those people are confused about how appeals work.) But dramatic and admissible evidence that Obama was born in Kenya (or wherever) was never unearthed, and yet neither that nor hundreds of losses deterred the birthers from continuing to litigate and even file new cases well into Obama’s second term. I suspect the election litigation is headed down the same path.

This is why I think it’s not entirely accurate to describe most of Trump’s lawsuits as “lawsuits.” They’re an extended version of his public statements, in which he’s constantly making claims about what he wants reality to be, often unsupported by what some call “facts.” His positions and arguments are often just flat-out ridiculous. This would be more of a problem for him, I think, if his goal was to convince anyone. But it usually isn’t. His goals are often just to delay, to cause confusion, and to give some people an easier way to rationalize things they already want to believe. (In this case, he’s also raising an awful lot of money by stringing this out, money that he’s not using for election challenges.) Proof isn’t a necessary element here—he just has to keep making the statements. He often does this by talking, and Twitter has been an absolute godsend for him. But he’s also done it by filing lawsuits.

And if these are your goals, it’s also not necessary to have a real path to victory. That’s why the birther litigation went on even after it was clear it couldn’t make a difference. Someone was willing to pay to keep that going and was able to find lawyers willing to do it. Not the best lawyers, maybe, but lawyers. Here too, it’s no accident that the respectable Republican lawyers who were representing Trump have quietly exited, which is why the comedy team of Giuliani, Powell, and Ellis now have the stage. They have better credentials than Orly Taitz, I think, but I still suspect we’re going to be hearing from them about Hugo Chavez and so forth for years to come.

To be fair, they’ve already won infinitely more cases than the birthers did. (Okay, one more case.) Whether the other column gets anywhere near 381 remains to be seen.