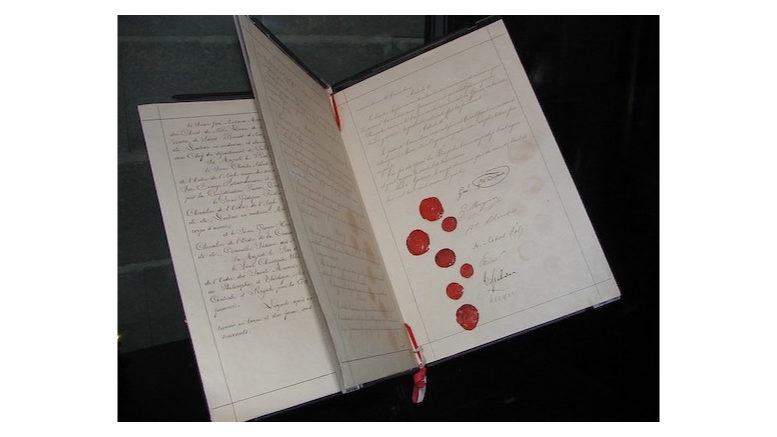 You will be surprised to learn that some of the people involved in the “Freedom Convoy,” a protest against Canada’s attempt to limit the freedom of the virus that causes COVID-19, are confused about more than just science.

The first example of this comes from the CBC, which reported this week on the bail hearing for Tamara Lich, one of the protest’s organizers. Lich and some other participants have been arrested and charged with what we would probably call “incitement to riot” but Canada more politely calls “counselling to commit mischief.” (The CBC said that “[b]efore her arrest, Lich told journalists she wasn’t concerned about being arrested,” which wasn’t the first and won’t be the last thing she’s wrong about.)

Prosecutors argued bail for Lich should be denied because she’s already proven that she “has no respect for the law” and that she and her husband and/or their associates have resources that would allow her to keep stirring up trouble if released. The Liches said they have virtually no assets and have not done anything wrong anyway.

I guess I should say something at this point to acknowledge that these people are called “the Liches,” something the nerds among you are surely all agog about. As you know, a “lich” is a type of undead creature that may be encountered while playing Dungeons & Dragons, although in my experience such encounters do not involve fighting but rather fleeing in panic and later searching local towns for vendors of replacement undergarments. (I of course gained this experience while researching my dissertation on the habits of the nerd population, not as a member of it.) Lich was an Old English word for “corpse,” but through fiction and especially D&D-style gaming has come to mean the animated corpse of a powerful evil wizard or sorcerer.

Here, though, it is just the last name of some Canadian goofball.

Two of them, actually, because Tamara Lich’s husband Dwayne—definitely not a name I would have associated with a lich before today—was also present for the hearing. Dwayne was there because he was proposing to act as “surety,” meaning he would have to report if his wife jumped bail. But the court had some questions about whether he would be an appropriate surety, given that he had been in Ottawa during the protest his wife had organized. The report doesn’t say whether he too had been actively protesting, but the court apparently suspected maybe he was doing more than helping his protest-organizing wife with her luggage.

Mr. Lich claimed he did not agree with the strategy of trying to blockade downtown Ottawa until the government stops persecuting the virus, but also said he didn’t see anything wrong with it. According to the CBC, he “equat[ed] the blockades to a large traffic jam or parked cars in a snow storm,” neither of which is a situation that people bring about intentionally to force other people to do something. “I don’t see no guns,” Lich told the court, placing himself mentally back at the scene of the protest. “I don’t see anything criminal as far as I can see. I just see trucks parked.” And doesn’t a person have a right to park his truck wherever he wants, and for as long as he wants, regardless of whether that might inconvenience others?

Well, no. And this is true even under the First Amendment to the U.S. Constitution—which Lich invoked at the hearing, although he is Canadian:

[Lich] questioned whether the Emergencies Act … was implemented legally, at times confusing the numbered amendments found in the U.S. Constitution with Canada’s Charter of Rights and Freedoms.

“Honestly? I thought it was a peaceful protest and based on my first amendment, I thought that was part of our rights,” he told the court.

“What do you mean, first amendment? What’s that?” Judge Julie Bourgeois asked him.

“I don’t know. I don’t know politics. I don’t know,” he said. “I wasn’t supportive of the blockade or the whatever, but I didn’t realize that it was criminal to do what they were doing. I thought it was part of our freedoms to be able to do stuff like that.”

Turns out Canada does have something similar to the First Amendment, and a bunch of other laws too. Those are the ones that apply in Canada. Of course Lich had the right general idea here (though the wrong answer), but citing the wrong country’s laws tends to make people think that maybe you haven’t really done your homework.

Whether this error contributed to the result or not, the court denied bail.

The second example was reported by Althia Raj on Twitter and also by The Globe and Mail. Both were reporting comments made on Facebook Live by Pat King, another protest organizer who was arrested this week. In fact, he was arrested during one of his video streams. “They’ve cornered me,” he told viewers, as if he had been engaged in a dramatic escape attempt instead of sitting in a truck goofing around on Facebook. But cornered him they had.

Thankfully, this was only after he had taken the opportunity to provide some legal advice to his fellow protesters. And what glorious legal advice it was. King told viewers that it was time to regroup (not retreat, he made clear), and said that if they were confronted by police while regrouping they should wave a white shirt or white underpants at the officers. “They cannot touch you if you’re holding a white flag,” he declared. “It’s international law.”

This, of course, is not true. Under international law, waving your underpants at a police officer only confers immunity if the country in question has signed the Treaty of Guadalupe-Hidalgo (which Canada has not) or if the underpants have gold fringe down the sides. Or maybe that’s maritime law, I don’t know. And I might be wrong. I certainly don’t want to discourage any anti-vaccine protesters from trying this. Also, anyone who sees them trying it should definitely get it on video and post that online immediately. Whether it works or not, it will definitely be educational.

There She Blows! ‘Tis the Contract for Moby Dick!

Nevada Supreme Court to Pretend to Consider Bail for O.J.