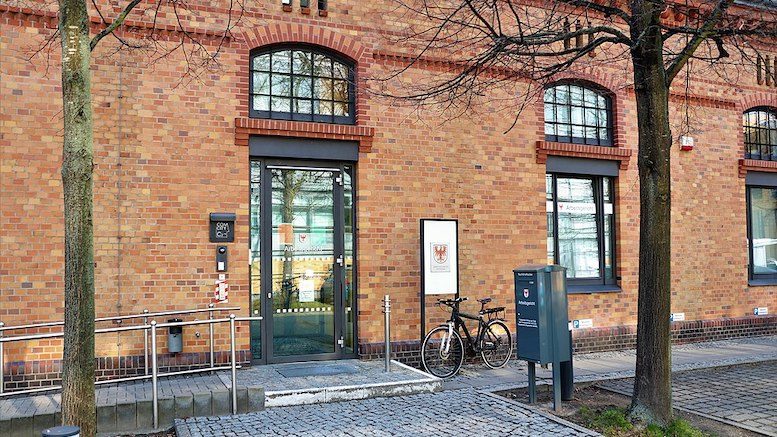 The Potsdam Labor Court, where this shocking conclusion was reached

In Germany last year, a former nurse was convicted of a shocking crime in which she murdered four disabled residents of the health-care facility where she had worked for 30 years. She had been diagnosed with borderline personality disorder, among other things, and her defense argued that these issues plus the stress of overwork explained her actions. The court accepted some sort of diminished-capacity defense, sentencing the defendant to only 15 years in prison and/or in a psychiatric institution. Under the circumstances, the defendant should have been relatively pleased with that sentence.

She may have been, but she was also upset that she got fired.

I infer that, at least, from the action she filed claiming the facility owed her 44,000 euros (more than $50,000) as a severance payment, complaining that it had fired her without prior notice simply because she had murdered some of its residents. See Der Spiegel (Feb. 1, 2022) (in German). She also demanded 22,000 euros for Mobbings, which translates literally to “bullying” but seems to mean what we would call “infliction of emotional distress.”

Last week, the labor court held she was entitled to zero dollars.

According to the reports, the plaintiff’s lawyer argued that the facility also bore some responsibility for the crime, because it knew its employees were under a lot of stress but did nothing about it. “No one wanted to take note of the fact that the plaintiff was completely overworked,” he told the judge.

“Ihr Vortrag ist falsch,” the defendant’s lawyer responded, which Google translates as “your presentation is wrong” though the German version sounds much cooler, just like Mobbings is way better than “infliction of emotional distress.” He pointed out that the plaintiff had taken a vacation shortly before the crime, and that she had logged no more than four hours of overtime for the year (about one per month). For that and other reasons, he argued, the plaintiff’s Vortrag was falsch.

As the lawyers bickered about the amount of stress the plaintiff might have been under, the judge seems to have been thinking that maybe they were overlooking a more significant issue:

Did the plaintiff’s lawyer take this hint? He did not:

Attorney [Henry] Timm interrupted and repeated that the employer had not reacted to the fact that his client was feeling bad. “Mr. Timm,” the judge countered, “when I feel bad, I go home. When I’m miserable, I don’t kill people.”

After a short deliberation—Der Spiegel did not say how short, probably very—the judge announced her final decision. “Attorney Timm did not listen to it,” the report says. “He had already left the room.” Well, he knew what was coming, but over here we usually feel obliged to listen to the court’s ruling even if we didn’t win. I can tell you this is no fun at all, especially if the judge decides to read the entire order from the bench for some reason, which I can remember happening once and it was not very pleasant. I guess I should have left the room beforehand, like Attorney Timm did. Storming out during the lengthy and very slow reading of the order didn’t seem like an option.

But then I didn’t know I was going to lose, as Attorney Timm did. And this should not have come as a surprise, frankly, even if the judge hadn’t telegraphed it during the hearing. It’s well known that health-care work is stressful, the judge pointed out, also recognizing that the criminal court had accepted the diminished-capacity defense because of the stress and the plaintiff’s diagnosis. But the question before the court was fairly simple: can your employer fire you without advance notice or a severance payment just because you murdered four of its customers? The answer turns out to be yes.

According to Der Spiegel, Attorney Timm “left open” the question whether his client would appeal. If she does and he takes that case, the court should make him stand there while it reads the entire order from the bench. And it should not read quickly.