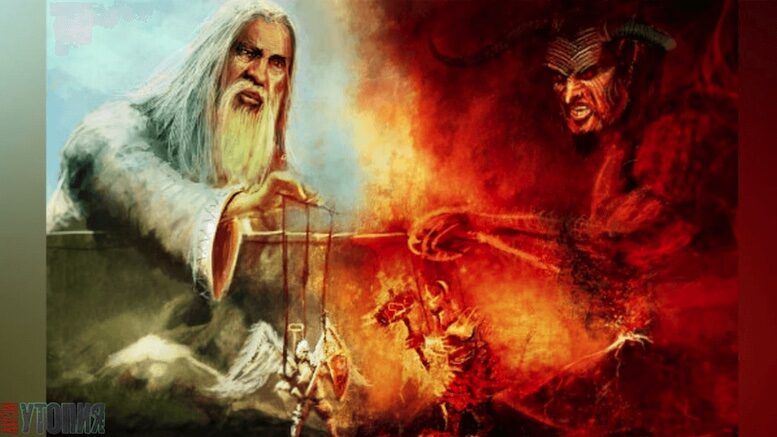 I hadn’t heard of the National Economic Security and Reformation Act until recently, but there’s a good reason for that. Congress secretly passed NESARA more than two decades ago, wiping out all debts and creating a new currency, but it never had the chance to make this public. It had planned to do so on September 11, 2001, but this was ruined by the destruction of the World Trade Center. Of course, the timing was no coincidence, because the Illuminati deliberately blew up the WTC to keep the American people from learning about the law, to destroy all evidence of it, and to seize the gold that had been meant to support the new currency. But NESARA was such a good idea, it went global. That’s the G in GESARA, a treaty that many countries have signed, including Canada. And that, your Honor, is why Canadians don’t have to pay their mortgages.

That’s what Karen Wai King Lew told the Supreme Court of British Columbia earlier this year, according to the CBC. But on July 12, Justice Sharon Matthews rejected this seemingly ironclad legal argument, allowing the Bank of Montreal to foreclose on Lew’s property.

What could explain this travesty? Well, one problem may have been the complete lack of evidence that any part of the argument was true.

Lew didn’t even mention it in the foreclosure proceeding, where she argued only that she needed more time to pay. She described various financing possibilities, including the imminent arrival of a relative who would lend her the money. The magistrate agreed to post-date the order by about a month to give Lew time to come up with the money, but surprisingly, the mystery relative didn’t show up.

Lew appealed, having unfortunately learned only after the hearing about the secret law that meant she didn’t have to pay her mortgage. So it was all just a big misunderstanding, she told the appellate court.

The court’s opinion suggests that it, too, had not heard of NESARA or GESARA before Ms. Lew brought it up, or at least that’s what the court would have us believe:

[10]   [Ms. Lew] described it as a pending new world order that has its roots in the United States (NESARA), but has evolved to a global movement (GESARA), to which many countries are signatories, including Canada. She asserted that it involves resignation of world leaders, new currencies that will be backed by gold, and a more harmonious and peaceful world where the enslavement qualities of debt will be abolished.

[11] Ms. Lew [referred] to a document entitled “GESARA.news” with a website address using the same words.

[12]     [Under GESARA,] all credit card, mortgage, and other bank debt due to illegal banking and government activities will be cancelled. This is referred to as a “jubilee” or complete forgiveness of debt. NESARA/GESARA principles establish new presidential and congressional elections within 120 days of GESARA’s announcement (presumably this is a reference to United States elections). There will be an interim government that will cancel all national emergencies and return some unspecified political entity back to constitutional law. I assume that the unspecified political entity is the United States…. GESARA creates a new U.S. treasury rainbow currency backed by gold, silver, and platinum precious metals, ending the bankruptcy … initiated by Franklin Roosevelt in 1933. GESARA establishes peace throughout the world. GESARA releases unprecedented prosperity with enormous sums of money for humanitarian purposes. GESARA will establish the quantum financial system called QFS, and the quantum voting system called QVS, as well as a global currency reset and a revaluation of currencies. GESARA will rub your feet after work and listen to you talk about your day.

Okay, I added the last sentence, but even without that GESARA sounds pretty great, especially the jubilee part. But the judge refused to enforce it, for no reason other than Lew’s complete failure to “provide the Court with any Canadian or British Columbian legislation implementing NESARA or GESARA.”

Well, of course she can’t prove this became law, because the Illuminati destroyed all the evidence. That was the whole point. All this is explained very clearly on the gesara.news website the court mentioned, had the court taken the time to read it as I did. (I also came across the post shown here, which mentions GESARA and shows what appears to be God, or maybe Gandalf, fighting a puppet battle with what looks like the devil or a giant samurai. I have no idea what this has to do with your mortgage but the image is pretty awesome.)

Here’s what happened, according to that site:

On 9 March 2000 [NESARA] was passed in a secret joint session of Congress with the walls of the House Chambers lined with Navy Seals and Delta Force. On October 10, 2000, at gunpoint and surrounded by Special Forces, President Bill Clinton signed the NESARA bill into law, knowing full well that the Illuminati were in charge, and that this law was never to be enforced.

Clinton actually did sign an important bill into law on October 10, 2000, but some of the other details may not be entirely accurate. The bill normalized trade relations with China, it didn’t reset the global financial system; Clinton was surrounded by members of Congress, not Special Forces; and so far as I can tell, he wasn’t at gunpoint. This could have happened at some other time on October 10, though. The president’s time is pretty well accounted for that day, but there are gaps. And how do we know he was watching “Almost Famous” with Chelsea beginning at 10:20 p.m. and not being forced to sign NESARA at gunpoint? That’s right, we don’t.

Of course, this was all a charade, because the Illuminati was never going to let it happen. And in a dramatic last-minute intervention, it did 9/11:

NESARA was due to be announced on Sept. 11, 2001 at 10:00 am, but the cabal blew up the World Trade Center buildings at 9:00 am to prevent it. The gold which backed the new currency was stored in the WTC towers and stolen by the cabal. Building 7 was the center of operations for 9/11 and was destroyed after the operation was complete.

Wait, what does JFK have to do with it, and where did all these capital letters come from all of a sudden? Also, why would blowing up the World Trade Center prevent Congress from announcing the law some other way, and why was it a secret to begin with? And why were they keeping all the gold in the World Trade Center and not, like, in a bank? At this point, readers, I started to get a little suspicious.

Judge Matthews was also skeptical, and it seems that she didn’t consider the website from which I’ve been quoting to be sufficient to prove that NESARA “is part of the Canadian legal landscape” or that “there is a new world order pending that will end foreclosure proceedings….” Nor does there seem to be any solid evidence it is part of the U.S. legal landscape or is the law in any other country. Sadly, it’s just another of the many inexplicable “sovereign citizen” scams that involve people making up laws and/or claiming existing ones don’t apply to them. See, e.g., “Sovereign Citizen Convinces Jury He Is Innocent of No Charges” (May 2, 2017). This version is crazier than most, though it arguably has better artwork.

Burglar Says He Was Trapped In Home By “Supernatural Figure”

How to Collect from a Stubborn Client

Congratulations, Lady Who Shut Down Dance by Citing Obscure Law