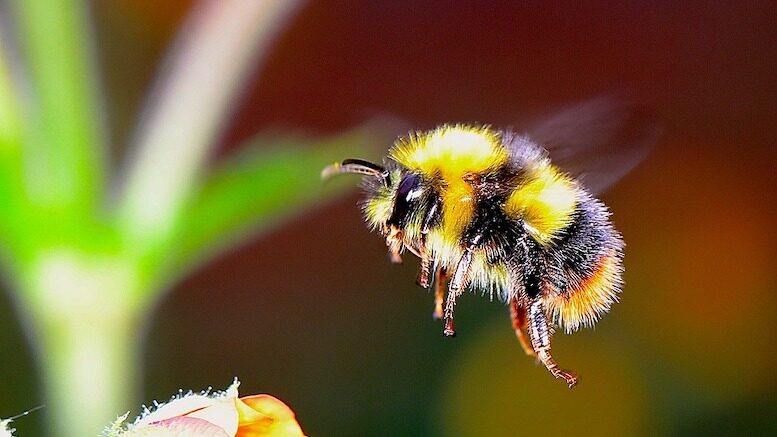 As you may recall, a few months ago, the California Court of Appeal held that bees are fish. See “Court Says Bees Are Fish” (June 3, 2022).

To be more specific, it held that bumblebees fall within the definition of “fish” provided in California Fish & Game Code section 45 for purposes of determining whether the bees can be “endangered species” under that code. They do, and so they are. While some people may have made fun of the court for this seemingly insane result, or more understandably might have left a couple of details out of a headline for comic effect, in my article I explained that the party responsible for this situation is the California Legislature, not the court. See “Court Says Bees Are Fish,” supra, at ¶ 20 (noting that the court had to “figure out what the hell the Legislature was thinking.”). I wish to make that clear.

Mainly because the California Supreme Court has just denied a petition to review the Court of Appeal’s decision, and—in a very unusual step—the Chief Justice has also issued a statement explaining that, contrary to what “some” may say, the Court’s denial of review does not mean it actually believes that bees are, in fact, fish. See Almond Alliance of California v. Fish and Game Commission, No. S275412 (Cal. Sept. 21, 2022) (includes the Court of Appeal decision).

First, the Court pointed out that when it denies a petition for review, it is not necessarily saying anything about whether the decision below was right or wrong. There is typically no right to “appeal” to the highest court of a state (or to the U.S. Supreme Court). You have to file a petition asking the court to review the decision, and the standard is not so much whether the decision was right or wrong but whether the issue is important enough to be worth the high court’s time. It might take a case because the lower courts are split on an issue, or because the issue affects many people, for example. It might grant review and then hold that the decision was right, or it might deny review even though it thinks the decision was wrong.

Thus, the Court pointed out in its statement,

[A]ll should understand that our decision to deny review in this case is not an endorsement (nor is it a rejection) of the statutory analysis undertaken by the Court of Appeal, which determined that bumble bees, a nonaquatic invertebrate, are susceptible to being listed as endangered under the California Endangered Species Act, because that statute applies to fish, and “invertebrates” are included within what the Court of Appeal deemed to be the applicable definition of “fish.”

Well, of course. No one would misconstrue the decision as—

Yet if experience is any guide, our decision not to order review will be misconstrued by some as an affirmative determination by this court that under the law, bumble bees are fish. A better-informed observer might ask: How can the court pass up this opportunity to review the Court of Appeal’s interpretation of the Fish and Game Code, which seems so contrary to common knowledge that bumble bees are not a type of fish? Doesn’t this clear disconnect necessarily amount to “an important question of law” warranting this court’s intervention, because the Legislature could not possibly have intended such a result?

If only things were that simple, the Court continued. In cases like these, a court isn’t trying to, and isn’t able to, just decide what it thinks is best and go with that. The legislature has passed a statute, and for better or worse, the courts are stuck having to try to figure out what the legislature meant, which is often—and, it is tempting but would be wrong to say, especially in California—not an easy task. Examples abound:

Most of those predate this website, but I did write about Yates, partly because Justice Kagan cited Dr. Seuss in her dissent. See, e.g., “A Fish Is a Tangible Object, You Say? The Majority Didn’t Describe It That Way” (Feb. 27, 2015).

As the Chief Justice noted, a legislature could, for example, define a particular word or phrase in an “unusual way, peculiar to that law,” and a court would be bound to accept that. The legislature could even make up a nonsense word for that purpose, and I wish one would do that but no examples are coming to mind. But here, it used real words in a nonsensical way, and under the circumstances, the Court of Appeal did its best to figure out, as I mentioned, “what the hell the Legislature was thinking.”

Occasionally, a court will suggest that the legislature ought to fix something, because as it stands a statute is unfair or confusing or possibly becomes the object of mockery because it says something like “bees are fish.” The Chief Justice did not quite say anything like that here:

[T]he Legislature is in a position to make whatever statutory amendments it may regard as necessary or useful. For although it may not be exceptional for a court to determine that a particular word or phrase within a statute carries a meaning that deviates from common parlance or understanding, such decisions also can provide notice to legislators that some clarification may be in order.

But we, the California Supreme Court, do not think bees are fish and we want everybody to know it, Legislature. That one’s on you.

What Not to Use as a Disguise, #3: Drywall Compound