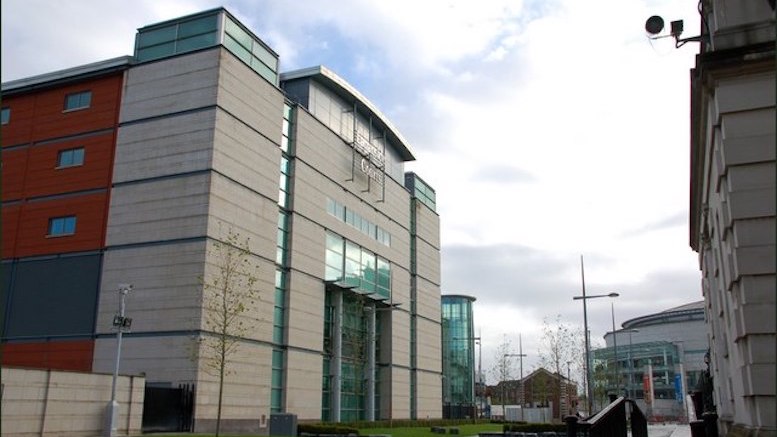 In fact, the judge appeared to believe that you don’t get to drive at all if you don’t own the vehicle, unless the owner has agreed otherwise. And in this case, the deal was fairly simple: the party of the first part (hereinafter “Passenger”) would be physically conveyed from one point to another point of his choosing in a vehicle (hereinafter “Taxi”) operated by the party of the second part (hereinafter “Driver”) in exchange for monetary compensation. There is no suggestion that the arrangement allowed Passenger to operate Taxi himself if Driver failed to do so adequately, the adequacy of said operation to be determined at Passenger’s sole discretion.

Put another way, a customer can’t just declare “it’s my turn to drive” and kick a taxi driver out of the car so he can take over.

Unless, as noted, the agreement so provides.

According to the Belfast Telegraph, a 27-year-old man was sentenced to six months in jail yesterday for doing this without such an agreement and very much against the driver’s wishes. Prosecutors said the man got into the taxi and asked to be taken to one location, but then changed his mind about the destination. Told that fare would be higher, the man became “abusive.” The next time the taxi came to a stop, he decided to take over:

The court was told that after the car came to a stop [Passenger] used his foot to push [Driver] out.

“He said ‘It’s my turn to drive’,” a Crown lawyer continued.

Police were alerted and removed [Passenger] from the vehicle while he swore incoherently.

This process didn’t take long, it appears, because the taxi had come to said stop in front of a local police station, where the driver had headed after he became concerned his passenger wasn’t going to pay.

After hearing the matter, District Judge Mark Hamill—not the man known for playing two different roles in Owen Marshall: Counselor at Law, the oldest son in the pilot episode of Eight is Enough, and much later providing the voice of Malefor the Dark Master in The Legend of Spyro: Dawn of the Dragon, but rather a judge in Belfast Magistrates’ Court—convicted the passenger of assault, disorderly conduct, “criminal damage,” and “obtaining services dishonestly.” The first two are easy to understand, but it’s not clear to me what he criminally damaged, or that he really obtained services dishonestly here. Sounds to me like he just changed his mind and decided it was his turn to drive when it wasn’t. Nor does the report say the taxi moved at all after the change in drivers. In any event, assault is assault.

Arguing for a lighter sentence, defense counsel stressed there was no allegation that his client had attempted to steal the taxi, and it sounds like that might be true (not that it would help much). Stealing usually requires an intent to permanently deprive the rightful owner of property, not just to borrow it on the theory it’s now your turn to use it for a while. Less persuasive is the argument that because “there had been a ‘heated’ exchange with the driver,” his client believed “it would be more secure for him to remain in the car [after kicking the driver out of it.]”

The judge was not persuaded, at least.

“This man was trying to do an honest day’s work,” Judge Hamill noted of the driver, “and [the defendant] declined to pay a fare, climbed in the front and kick[ed] him out of his own taxi.” (Please feel free to write your own joke about Mark Hamill saying it’s not OK to use force.) He sentenced the defendant to six months in jail and unsuspended a previous three months to which he’d been sentenced for something else.

The defendant was also fined £75 for possessing cannabis, though it seems likely alcohol was also involved, given the abusive behavior, incoherent swearing, and kicking. To my knowledge, cannabis doesn’t cause any of those things.

Heiress Sentenced to One Year on Nut-Rage Charges

Can I Use the Carpool Lane If I Have a Prisoner?

Just Say No to Internal Checkpoints. Preferably After Breathing Helium.