I reported recently on a case in Germany in which an ostrich rancher had sued three teenagers for allegedly making one of his ostriches impotent by throwing firecrackers at it.  Happily (for me), the parties have so far failed to reach a settlement that was expected on Monday, and so another hearing has been set for June 4.

The rancher claims that Gustav was rendered impotent due to post-traumatic stress he suffered from the incident.  Gustav is apparently the only male breeding ostrich on the ranch, or at least I assume he is because his owner alleges that he would have been presented with 14 additional chicks but for Gustav's incapacity.  By the way, in case you've ever wondered what the expression on an impotent ostrich's face might look like, it would look something like this: 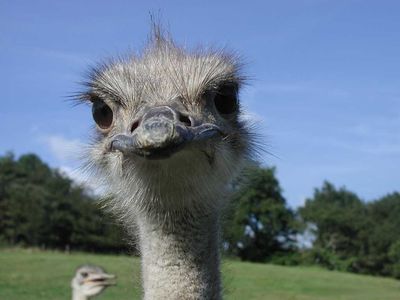 Fig. 1: The steely glare of a sexually frustrated male ostrich.

That's actually an AFP file photo, not Gustav specifically, but I'm sure he looks a lot like that, assuming he is still in the same condition.

The three teenagers deny throwing fireworks at Gustav, but do admit lobbing other things at him, so that's not much of a defense.  They have already agreed to work on the ranch as punishment, apparently to work off the 5,000 euros that the rancher is seeking, but the parties failed to reach agreement Monday on the issue of how many hours the boys must work.  They have offered 40, but the rancher is demanding 80 — which would still work out to $27.71 per hour, not a bad rate for ostrich work.

The June 4 hearing will feature the testimony of a veterinary expert, presumably as to the possible effects of fright on ostrich libido.