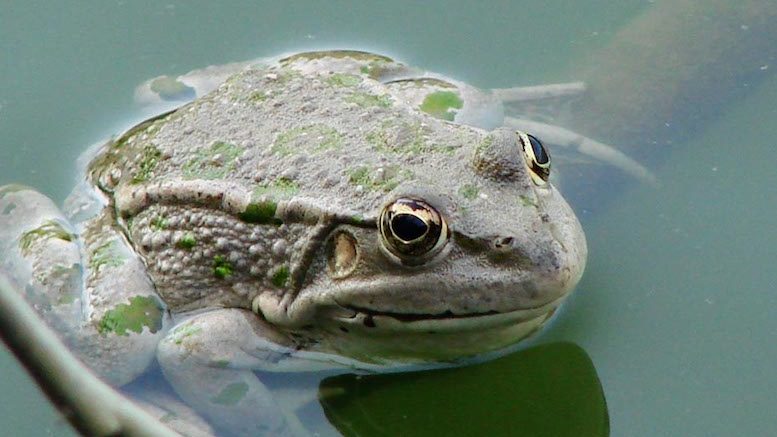 Do you hate frogs all the time, not just when they’re in season? Well, good news.

In Michigan, under existing law it is illegal to kill any frog from November 16 through “the Friday immediately preceding the opening of the season on black bass of the following year.” That date varies, but this appears to basically immunize the little bastards until the beginning of summer. It is also illegal to spear them at any time of year “with the aid of an artificial light.” Mich. Comp. Laws § 421.45501. But soon, these irritating restrictions will be a thing of the past thanks to a new tough-on-frogs measure.

Last week, Michigan’s House of Representatives passed a slightly expanded version of a Senate bill repealing this section. Reconciliation seems very likely, and the bill passed both houses with what look like veto-proof majorities. It now appears to be only a matter of time.

According to a committee report on the bill, supporters argue that frog hunting is a “sporting tradition” that “supports a traditional cuisine,” and that the state’s restrictions on it have “hurt the sport of hunting frogs, with less participation in the sport each year.” Also, they say it makes no sense to require spearing by moonlight when artificial light can be used when hunting frogs by other means. So: frog-hunting good, want more.

Critics of the bill, meanwhile, don’t seem to have anything against frog-hunting per se, except for the dead frogs. Frogs, they say, are currently out-of-season during the winter and spring because that’s when they hibernate and breed respectively. Year-round frog-hunting (and spears) would interfere with both those processes, resulting in fewer frogs. The state’s frog population is already declining, they point out, which is bad because frogs eat mosquitoes, for example, in addition to being bad for the frogs. So: dead frogs bad, want less (dead ones).

The critics also said that allowing frog-spearing by artificial light would “create an unsportsmanlike advantage over the frogs” because it temporarily blinds them. The frogs also don’t have spears, but nobody seems to have mentioned that. 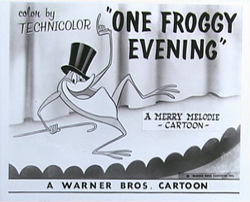 This one isn’t blinded by spotlights

Ironically, perhaps, the most famous and best frog ever created, the cartoon frog who stars in One Froggy Evening (1955), has come to be known as “Michigan J. Frog” (emphasis added). The frog is nameless in the cartoon, but director Chuck Jones later began to refer to him as “Michigan” because of the song “The Michigan Rag,” one of several that the frog performs as part of his successful campaign to destroy the life of a greedy but basically innocent man. Called “the Citizen Kane of animated shorts” by Steven Spielberg, this cartoon about an apparently immortal frog-shaped demon was selected for the National Film Registry in 2003.

Come to think of it, maybe frogs aren’t as innocent as they seem. Anyway, if you’ve always wanted to spear one, I guess Michigan is the place for you.

In Michigan, You May Now Dance to the National Anthem