Hopefully you recall this horrific case, in which an officer’s claim that a man “appeared to be clenching his buttocks” during a traffic stop was part of the justification that led to hours of—let’s call it what it was—torture by means of repeated body-cavity searches. See “Do NOT Clench Your Buttocks in Deming, New Mexico,” Lowering the Bar (Nov. 5, 2013); “Plaintiff in Deming Case Was Held for 15 Hours” (Nov. 6, 2013). The Associated Press reports today that the city and county have paid $1.6 million to settle the man’s lawsuit against them. 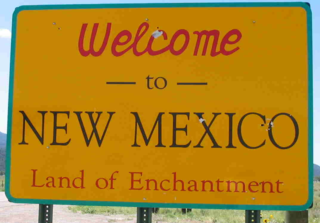 Unfortunately for you, we may find your anus enchanting

After taxes, that’s maybe $160,000 per cavity search, or $64,000 per hour of torture. Worth it? Personally I think the defendants got off pretty easy here, especially given that there are a couple other cases out there with sufficiently similar allegations that they might have been admissible in this one. The plaintiff’s background might also have been admissible, so depending on what’s in it, he might not have been that appealing. But considering what the defendants allegedly did, I can’t see him losing that popularity contest anyway.

The defendants also included the officers involved as well as the doctors who (after the first set refused on ethical grounds) were willing to help the State rummage through somebody’s colon. The story says only that the city and county have settled “their portion” of the lawsuit, so I don’t know if that includes the officers; a lawsuit against the anal-probe doctors and their medical center is still going.

Ferguson Cops Once Charged a Guy With Bleeding on Their Uniforms

Man Fakes Own Kidnapping to Avoid Wrath of Girlfriend

If a Tree Falls in the Forest ….