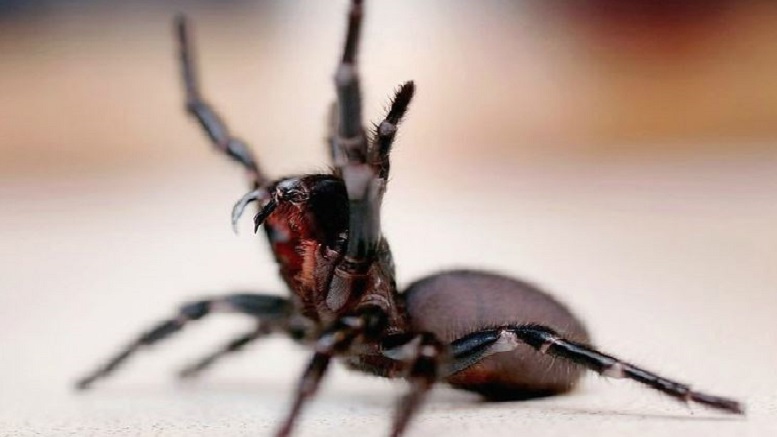 In the early morning hours of  November 21, 2015, Harbourside Local Area Command in Sydney, Australia, received numerous calls reporting an apparent domestic-violence incident. Callers reported high-pitched hysterical screams, a man yelling “I’m going to kill you, you’re dead! Die! Die!” and furniture apparently being thrown around. Officers rushed to an address in the suburb of Wollstonecraft, and, after not immediately shooting the man who answered the door because apparently they are soft on crime in Australia, this happened: 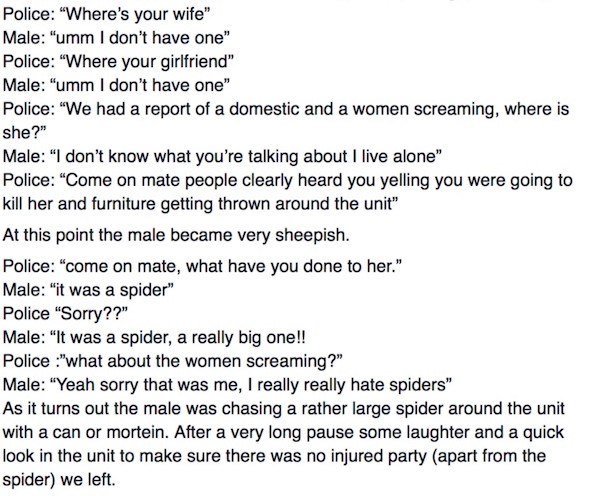 As posted on the Facebook page of Harbourside LAC

The man, understandably, was not identified.

Nor was the spider, which it appears did not survive the encounter. (“Mortein” is a brand of insecticide, so that may have done the deed.) Australia does of course have some nasty-ass spiders, including the deadly funnel-web, which is native to New South Wales and would sure as hell make me shriek if I saw it. (Also shriek-worthy: “spider rain,” which is evidently “not uncommon across parts of Australia.”) The funnel-web is not especially large, but “large” seems like a pretty relative term where spiders are concerned. Objectively, it might have been only an inch long, but subjectively, you might still try to throw some furniture at it.