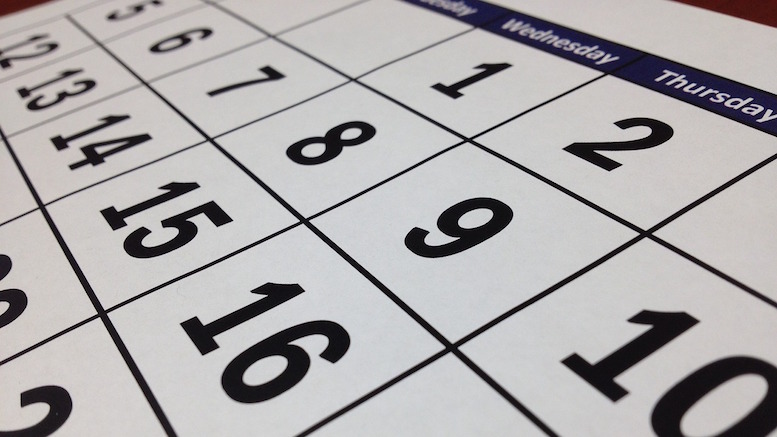 Some sort of calendaring system is helpful

So the opinion in Rueth Development Co. starts out like this: 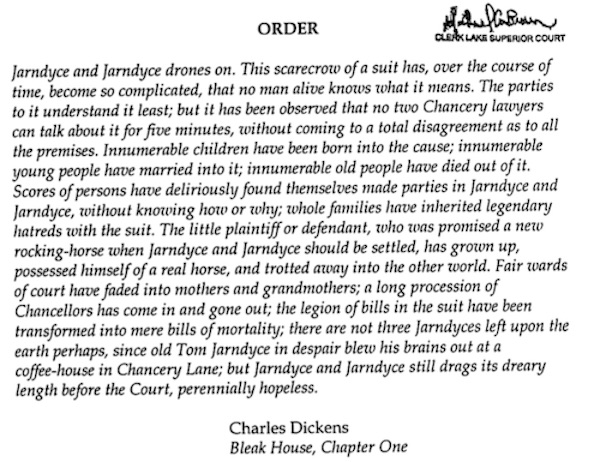 This would seem to suggest that somebody has been delaying the Rueth Development Co. case, and that the court isn’t too pleased with whoever that is. Turns out the plaintiff didn’t file an opposition to the defendant’s motion for summary judgment, an opposition that was due on July 14.

In July 1995, Bill Clinton was president, the war in Bosnia and the O.J. Simpson trial (the first one) were still going on, and everybody was super-excited because Microsoft was about to release Windows 95. Also RDC, the plaintiff, was supposed to file its summary judgment opposition, but instead, five days after the July 14 deadline, it filed a motion seeking more time to respond, and the court granted that motion.

The opinion doesn’t say how much extra time the court had granted (30 days is usually the max), why RDC didn’t file within that time, or why the defendant didn’t call this to the court’s attention at some point. It just says there “is no record” that RDC ever filed a response. To be fair, if nothing’s happening in a case, that’s generally not a concern for the defendant, but it’s still a good idea to check on cases every so often, like maybe at the turn of a millennium. Obviously, somebody eventually did notice this thing was still pending, but the opinion doesn’t give us any details. In any event, once this came to light, RDC promptly dismissed this ancient and surely now irrelevant lawsuit.

What? No it didn’t. It filed the opposition and supporting documents, a mere two decades late:

RDC has filed numerous documents, including affidavits and transcripts, and made cogent and persuasive argument as to why summary judgment should be denied to [the defendant]. [But] RDC’s response to [Defendant’s] Motion for Summary Judgment … cannot be considered by the Court because RDC did not respond … within the time period as extended by the Court.

Again, the opinion doesn’t say when this was filed, exactly, but given the earlier statement that there was “no record” RDC had previously filed a response, this can only mean it leapt into action recently after whatever the triggering event was. Did it ask permission beforehand? We don’t know. But it plainly filed something.

Not surprisingly, it didn’t matter, because—although the opinion suggests the defendant might have also contributed to the delay somehow—the court held that under Indiana law, a trial court doesn’t have the authority to consider a summary judgment response unless it’s filed within 30 days, or the court has granted an extension. Since, again, the original extension here was presumably something less than two decades, the court decided it couldn’t consider RDC’s response even if it wanted to.

I’m sure the court was very disappointed by this, but the law’s the law. It granted defendant’s motion and entered judgment in the case, just 24 years after it was filed.

That is, of course, not the longest period of time a lawsuit has been pending. Of cases I’ve mentioned here, the record is held by Ayers v. Rubow, filed in 1983 and resolved in 2009 after the judge, by then long since retired, happened to find the case file in his attic. The fictional Jarndyce case in Bleak House had been pending for “generations,” of course, and is finally resolved only after everyone realizes that it’s cost so much there’s nothing left of the estate they were fighting about. Dickens said he was inspired by two cases that were pending at the time (1853), one that had been pending since 1837 and one that “was commenced before the close of the last century….” Although it doesn’t seem to be clear, that case is said to be Jennens v. Jennens, which commenced in 1798, had been pending for 55 years at the time of Bleak House, and supposedly wasn’t abandoned until 1915, 117 years after it started.

I certainly hope that’s true but further research will be needed to confirm it.

That’s One Small Snip for a Barber, One Giant Check for Barberkind