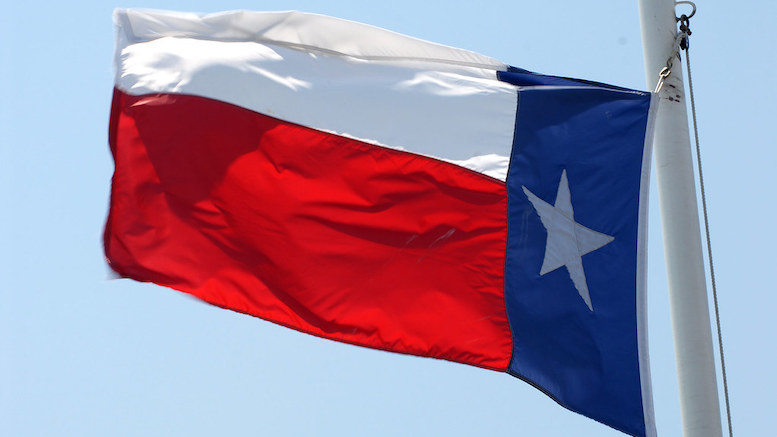 The Texas state constitution has a few interesting provisions. Here’s one: Article 1, section 4, says no one can be subjected to a religious test in order to hold office, “provided he acknowledge the existence of a Supreme Being.” Kind of seems like a religious test, frankly. Not enforceable, but still on the books.

I also thought it was odd that Texas, of all places, has a “right to bear arms” provision (Art. 1, § 23) that’s narrower than the federal one. It only guarantees the right to bear arms in self-defense or defense of the state, and specifically gives the legislature “power … to regulate the wearing of arms, with a view to prevent crime”! Apparently this is not a misprint. See, e.g., Masters v. State, 653 S.W.2d 944 (Tex. Ct. App. 1983) (holding neither federal nor state constitution guaranteed defendant the right to carry two swords in his belt just because he thought he “might need them”).

And of course who can forget Article 8, section 1-k, “EXEMPTION FROM AD VALOREM TAXATION OF PROPERTY OWNED BY NONPROFIT CORPORATIONS SUPPLYING WATER OR PROVIDING WASTEWATER SERVICES”? Certainly not me. Most people don’t know this was actually the Texas state motto until 1930, when they changed it to the totally boring “Friendship,” but now you do.

Less interesting, most of the time, is Article 16, section 65, “AUTOMATIC RESIGNATION ON BECOMING CANDIDATE FOR ANOTHER OFFICE.” This applies to certain listed officers, such as clerks, district attorneys, judges, and the all-important “Public Weighers,” who … weigh stuff. And it says this:

If any of the officers named herein shall announce their candidacy, or shall in fact become a candidate, … for any office of profit or trust under the laws of this State or the United States other than the office then held, at any time when the unexpired term of the office then held shall exceed one year and 30 days, such announcement or such candidacy shall constitute an automatic resignation …, and the vacancy thereby created shall be filled pursuant to law in the same manner as other vacancies for such office are filled.

KHOU News reports that a county judge in Houston was recently informed of this provision shortly after he announced on Facebook that he was planning to run for the state supreme court. By clicking “post,” it turned out, he had also automatically quit his current job. County judges in Texas serve four-year terms, and Bill McLeod had, let’s see, three years and nine months left to serve at the time. His online announcement thus derobed him, instantly and without further ado.

We know this because the U.S. Supreme Court said so. Clements v. Fashing, 457 U.S. 957 (1982). Those plaintiffs hadn’t resigned accidentally, they were just mad that they would have to resign if they wanted to run for another office. But “candidacy” isn’t a “fundamental right,” the Court held, so the state only needs a “rational basis” for the law. And if Texas wants to impose nondiscriminatory “waiting periods” on officeholders, the Court held (5-4) that it can.

Well, he resigned, so his position is now vacant. Under Section 65, “the vacancy thereby created shall be filled pursuant to law in the same manner as other vacancies for such office are filled.” So, a special election? Apparently not. According to the report, the county commission is considering appointing McLeod as his own replacement, in the same way it would appoint somebody to serve out the term if he died or something. Arguably, though, this would defeat the whole purpose of section 65, which is to deter officeholders from campaigning by automatically kicking them out of their current office if they try it. Reappointing a guy who is clearly planning to do exactly that seems questionable. You could argue the local government should be able to waive the protection of section 65, but the section doesn’t say that.

Good news, though. The whole awkward situation can apparently be resolved very simply—by doing nothing at all.

In 2014, a court held that a county attorney who resigned under section 65 could continue to serve, not by being reappointed, but by just not leaving. Bianchi v. State, 444 S.W.3d 231 (Tex. Ct. App. 2014). Section 17 of the same article, you see, requires Texas officeholders to keep doing their jobs until their successors have been chosen and “duly qualified,” so the office doesn’t sit vacant. Bianchi announced he was running for another office, thus auto-resigning. But he didn’t leave. Nor did the commissioners reappoint him. They just didn’t do anything. The district attorney thought this was not cool, and filed a writ petition. The lower court agreed, and said Bianchi couldn’t serve. But the Court of Appeal reversed. Because the commissioners apparently didn’t object, that court held, there was no proof that Bianchi was “holding his office unlawfully,” and there was no “successor” yet. So he could just stay put.

So as I understand it, the commissioners can do nothing, and Bill McLeod can just keep doing what he’s doing, filling his own vacancy. In fact, Section 17 might technically require him to keep doing that—even though doing it is a violation of section 65. It’s kind of like the religious-test provision, I guess. It’s a thing, but it’s also not.

The remaining question is whether anyone else has ever auto-resigned by mistake, and it looks like the answer is yes. A 2012 case involved a constable who quietly told about a dozen people he was running for sheriff, but hadn’t actually made a public announcement. He wasn’t exactly keeping it a secret, but he did tell, among other people, the editor of the local newspaper, who reported it. So I would call that a mistake.

Whoa, Did Something Die in Here? Oh, It Was Freedom

Fire in the Hole! Again!