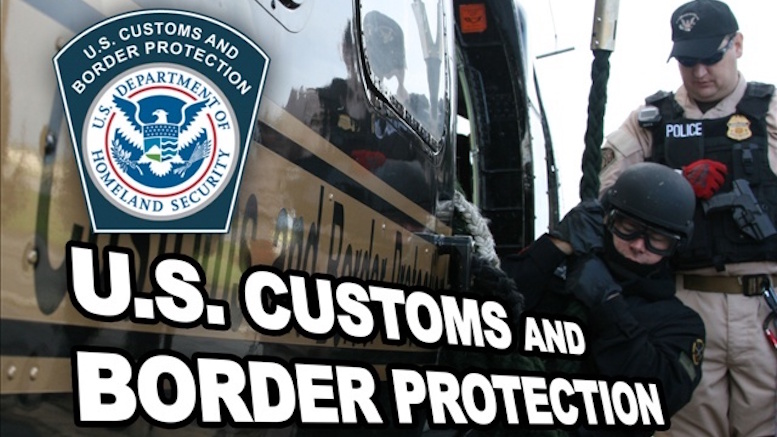 A CBP agent prepares to rappel down into somebody's butt

Not sure why I thought there might have been only one of those.

That earlier post involved a 2011 case in which a 19-year-old woman was taken to a hospital for a full body-cavity search after a “reliable source” told police that might be fruitful. It wasn’t. In that case, at least they had gotten a warrant, so the kicker was really that the hospital then billed the woman $1,122 for the search. Like it was a procedure she had requested, or something. Police did back down in that case eventually and say they would pay the bill that resulted from their mistake, so that was nice.

But if I noticed this newer case when it happened in 2012, I didn’t write about it, or maybe I just didn’t use the word “cavity” (my search term). In that case, a 54-year-old woman was detained at the El Paso border checkpoint. She’s a U.S. citizen (as is the woman mentioned above), but had been visiting a friend in Ciudad Juarez. A drug-sniffing dog “jumped on her” at the checkpoint, according to today’s report. Because we trust dogs more than citizens, and because you have basically no rights at the border (and few anywhere else), that was apparently good enough to warrant a cavity search.

The agents dragged her away in handcuffs to the University Medical Center of El Paso, which is hopefully now sufficiently ashamed that it cooperated in subjecting her to a six-hour search involving “an observed bowel movement, a CT scan and vaginal exams”—plural—but finding no drugs at all. Just consider for a second how utterly humiliating and traumatic that would be. And then consider how you’d feel if you got billed for it, because UMC billed her, too. This bill was $5,000, so either UMC is a lot more expensive than Memorial Medical Center in Las Cruces, or a lot more thorough when doing whatever police tell them to do to any person they might happen to drag in.

Maybe they’ll stop doing that now, though, because according to the report UMC has already agreed to pay the woman $1.1 million for its role in this, and today the Department of Customs, Border Protection, and Rummaging Around in People’s Bowels agreed to pay another $475,000.

That puts the settlement in the same range as the one in the other New Mexico cavity-search case I’ve written about, which was arguably even more heinous than those above. See “Do NOT Clench Your Buttocks in Deming, New Mexico” (Nov. 5, 2013); “Plaintiff in Deming Case Was Held for 15 Hours” (Nov. 6, 2013), and the much more pleasant “New Mexico Colon-Invasion Case Settles for $1.6 Million” (Jan. 16, 2014). (I’m sure I’d have been equally mad about this one, had I been aware of it.) That plaintiff may have collected more later, because at that time his lawsuit against the anal-probing “doctors” was still pending.

Remember, these creeps couldn’t even claim to be fighting “terrorism.” These were just operations in the “War on Drugs.” And doctors, I guess if cops show you some actual evidence a guy has a bunch of plutonium up his butt, then by all means, get out some tongs and a Geiger counter. Otherwise, tell them to get lost.

Auction Winner Learns Why Property Was Such a Great Deal: It’s Only 12 Inches Wide

Finally! A Litigation Game for the iPhone