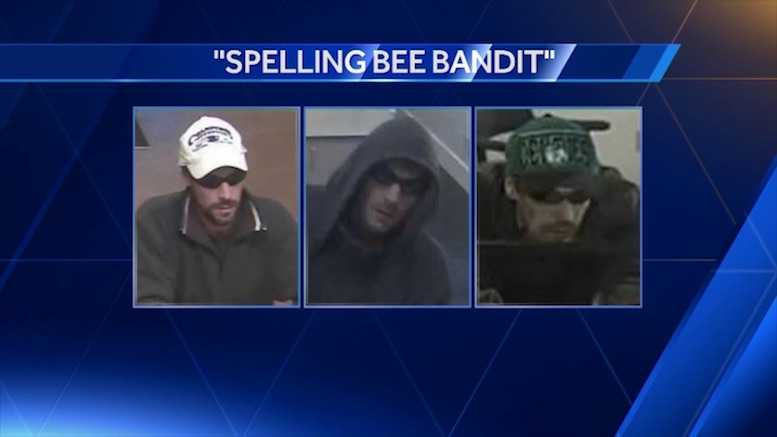 The hats turn out to be important for a different reason (image: WMUR.com)

Just a quick update on the status of the “Spelling Bee Bandit,” for whom the FBI was searching last November in connection with several Boston-area bank robberies.

As you may recall, the nickname was based on the Bandit’s apparent modus operandi of writing “ROBERY” on the back of a deposit slip and handing it to a teller, something he allegedly did at four different banks. According to the Boston Globe, he actually wrote “ROBERT” at least once, but I suspect that was a handwriting issue, not yet another alternate spelling. In any event, I assume the teller in that case read it as “ROBERY” because he or she handed over money, which you wouldn’t do if you thought someone was telling you his name was “ROBERT” (even if he did use all caps).

Also, the suspect’s name is Jason, not Robert, although he could have been using an alias. 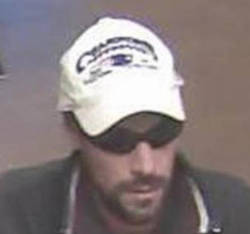 He was wearing a hat and dark glasses, at least, although that did not succeed in concealing his identity. At least not from his mother, who saw the surveillance photos the FBI released and recognized her son immediately. And she told him so during a phone call on November 18—a call that was recorded because the Bandit was in jail at the time on an unrelated probation violation. (Just FYI, all inmate calls are recorded unless they’re privileged conversations with a lawyer, and possibly even then.) The Bandit “declined to discuss the matter with her,” so he admitted nothing, but officials alerted the FBI to his mom’s opinion.

A few days later, in fact, she contacted them to say she had recognized her son in the surveillance photos. There are two or three reasons she might have done this. Maybe they just don’t get along. Maybe she was worried about him, because she also told them he has a “serious drug habit” and obviously knew he was in trouble again. But I’d like to think this was the reason: “When shown an image of her son wearing a hat during one of the robberies, [she] said, ‘So that’s what happened to my Patriots hat.”

The Bandit has been charged with four counts of robbery and faces up to 20 years in prison if convicted. Plus, he probably had to give the hat back.

Italian Lawyer Changed Places With Twin; Both Charged With Fraud