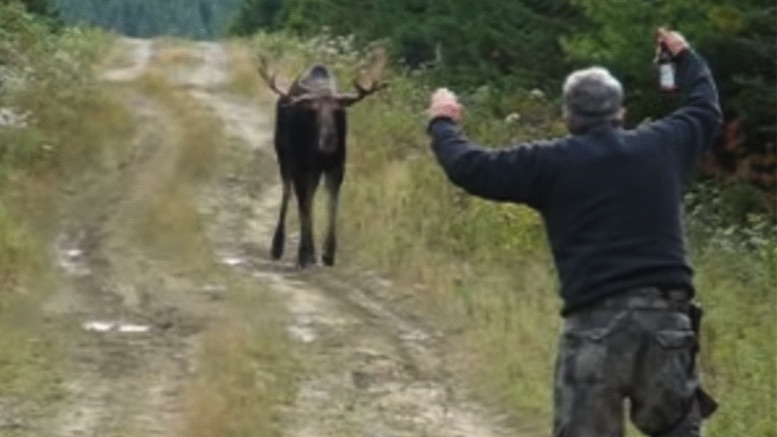 There are easier ways to get a continuance (note: picture unrelated to this case)

This won’t work everywhere, of course, but it works in Maine: 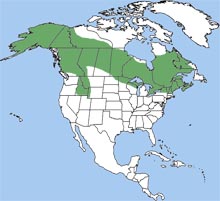 With an estimated 70,000 moose available for you to bother, Maine is by far your best bet at getting a moose-attack-related continuance, at least in the United States. Alaska has almost three times as many moose (yes, the plural is “moose“), but it is also far huger than Maine, so much so that your chances of encountering a moose, or more to the point, having a judge believe you encountered one, are much lower there. These aren’t official numbers, of course, but I calculate that Alaska has (on average) only .135 moose per square kilometer, while Maine has a whopping .876 moose/km2. With a ratio like that, I imagine it’s hard to step outside without being attacked by at least one moose, or at least a moose attack is not an inherently implausible argument, your Honor.

The moose ratio is even higher in northern Maine, of course, where the defendant in this case and his friends were located at the time of this particular attack. Apparently they startled a bull moose, which is not something you want to do ever, and it became aggressive. The defendant claims he “confronted the moose,” which is virtually always going to be the wrong thing to do, and that he succeeded … initially. But the moose then returned and charged him, knocking him and his snowmobile into a tree. (Moose can weigh well over 1,500 pounds, so this is totally plausible.) The defendant suffered several broken bones. And, while he is recovering, “due to pain, medication, and being unable to move effectively, [he] cannot adequately participate in his defense.”

The DA (Norman “Toff” Toffolon) did not object, and the judge granted the motion.

Congratulations to the architect of this masterpiece, John Steed, who described the victory as “basically the highlight of my legal career.” His client was also acquitted in the underlying case, he said, “so that was good, too.”

Those in mooseless areas will have to try other alternatives if seeking a continuance, and let me suggest a few: it’s the first day of deer season (worked in Arkansas), your team is playing in the big game (has worked twice in Louisiana), your dog just had puppies (worked in Florida, though there was a hurricane on the way and the dog was a King Charles Cavalier, not just any mutt), or you have nonrefundable tickets to go see an eclipse.

That last one probably won’t work, but for purely selfish reasons I’m still going to suggest you try it.

Lawsuit Demands End to Use of Term “Inmate”

Rome Still Having Trouble With Gladiators