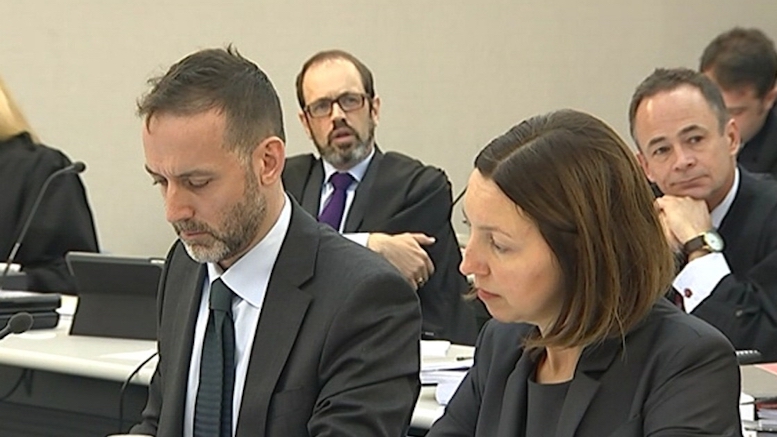 This opportunity comes once in a lifetime (image: Newshub)

Anyone thinking that going to court might be “fun” in the sense that normal humans experience that emotion should watch this video of the proceedings in a New Zealand courtroom.

Newshub reports that the case was brought by Eight Mile Style, LLC, against the country’s National Party. Eight Mile is Eminem’s copyright administrator, and it claims the National Party used part of “Lose Yourself” in a 2014 campaign ad without permission. The party has rejected that claim, although the music in the ad sounds a lot like Eminem’s track. And hopefully the party’s got a better defense than the one put forward by MP Steven Joyce, who said in an interview that he thought using the song was “pretty legal.” Pretty legal? (“I want to see that man as a defense lawyer,” John Oliver said about that. “Your Honor, my client pleads … probably not.”)

In a music copyright case, there’s going to be a part where they play the original and then the allegedly infringing piece, generally over and over again, so the judge can compare the two. The actual comparison has to be awfully tedious, but here it’s pretty comical to see the lawyer hit play on “Lose Yourself” and then he and everyone else in the courtroom basically sit motionless for the next three minutes. “Not even a foot tap,” said Legal Cheek, and if there was one, it was very discreet.

Couple of pretty good YouTube comments, including from the person who said that he “expected the guy who pressed play to just flip around and start spitting the verses.” That would’ve been pretty fantastic, but sadly it didn’t happen.

Tip for Travelers: Nude Bathing in Holy Lakes is Frowned Upon