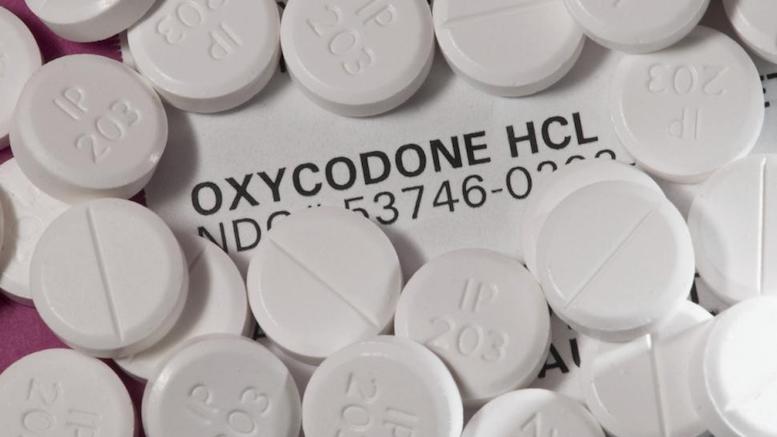 As you probably know whether you’ve been on a jury or not, usually the court will send all or some of the evidence back to the jury room so jurors can review it during deliberations.

That makes a lot of sense when you’re talking about documents, pictures, things like that. But in a criminal case where the defendant is charged with drug possession, I’m not sure sending the actual drugs into the jury room is either necessary or even a very good idea.

According to the Columbus Dispatch, 71 oxycodone pills that had been entered into evidence were found to be missing after a criminal trial ended last week in Franklin County, Ohio. Jurors convicted the defendant on drug-possession charges after deliberating for about three hours. The evidence sent to the jury room included, for some reason, the 71 oxycodone pills seized from the defendant. After the verdicts were delivered, the evidence was secured in a locked courthouse office, but an inventory the next morning revealed that the pills were gone.

The county prosecutor, Ron O’Brien, said it was “premature” to blame any (or all?) of the jurors for stealing the pills, at least until the sheriff’s office completes its investigation. According to the report, though, the evidence was secured by an assistant prosecutor “in a locked courthouse office that can be accessed only by staff from the prosecutor’s office,” so that could be a little awkward. On the other hand, the jury rooms are located in back hallways that can be accessed by court personnel and lawyers, though not the public, and so it’s possible somebody snuck in to “review the evidence” while the jury was taking a break, which it did at least twice during deliberations.

Or so said O’Brien, at least. Defense attorney John David Moore, maybe not surprisingly, had little trouble imagining that the jurors did it, and in fact he issued a press release alleging that jurors rushed to judgment “so they could get out of the Franklin County Courthouse quickly before it was noticed that the oxycodone pills were missing.” (That suggests they all agreed to the scheme, of course. It did take three hours to reach a verdict, but on the other hand 12 doesn’t divide into 71 evenly, so maybe they spent most of that time arguing about who would end up one pill short.)

Moore opined that this incident required a new trial, because, according to the report, “the disappearance of the drugs has tainted the jury’s guilty verdict.” It’s not immediately clear to me how, though, unless he thinks they disappeared because the jury was taking them during deliberations. If they just wanted to go home and take them, they could just as easily have rushed to a judgment of not guilty.

In any event, O’Brien said, this is just speculation for the moment, and the sheriff is looking into the matter. The back hallways are equipped with surveillance cameras, he said. So that footage might show someone sneaking into the jury room during a break, or it might show that the jury was indeed in a big hurry to get out of there, though it seems unlikely to establish why. People want to get out of jury rooms for lots of reasons, not just because they stole the evidence.

There is also the fact that, according to the report, “[n]one of the other evidence in the case, including large amounts of heroin and methamphetamine, is missing.” I guess depending on how large the amount was, that might have been harder to smuggle out. It is also possible, of course, that the manila envelope the drugs were in is still sitting in the evidence room, having somehow slid down between a box and the wall, or something. Stranger things have happened.

Speaking of strange things, a judge was quoted as saying it is “routine” to include drug evidence in the exhibits that are supplied to the jury during deliberations, though off the top of my head I can’t think of a reason why that would be necessary. The report said that it did apparently occur to the judge that “in some cases, photos of drug evidence could be given to jurors rather than the actual drugs,” and yeah, that does seem like a much better idea.