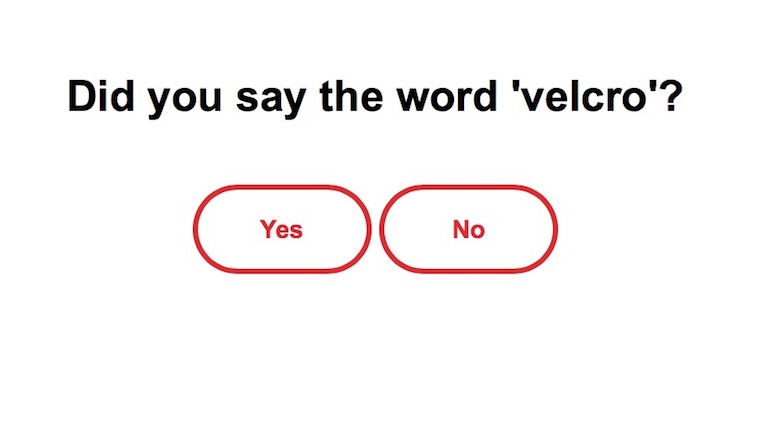 Pretty good video here from Velcro Companies, which seems to be the confusingly singular name of the company or companies that makes the product known as Velcro®. You may or may not have known that “Velcro” is a trademark, not just the name for the stuff. The company and its legal team would very much like you to know that, though, so that “Velcro” doesn’t become “generic” enough to lose trademark protection.

That’s happened with a number of other familiar terms, including (according to Wikipedia) “aspirin,” “dry ice,” “escalator,” “teleprompter,” and “trampoline,” all of which were once brand names entitled to trademark protection, but now aren’t. There are lots of other terms that are often used generically (such as “Band-Aid,” “Dumpster,” “Formica,” and of course “Google”)  but are still trademarks at least for now. (A petition is currently pending before the U.S. Supreme Court about the status of “Google,” as it happens.)

As the Velcro Companies legal team says in the song, the company would prefer you call it “hook and loop,” not “Velcro”:

Actually, according to the making-of-the-video video, most of these people are probably actors, but at least two of them are in fact “real lawyers” who really do represent the company. It’d be better if all of them were really part of the company’s legal team, but then again maybe it wouldn’t be.

Lawsuit Alleges Failure to Warn That Nipple Jumpstart Might Be Dangerous