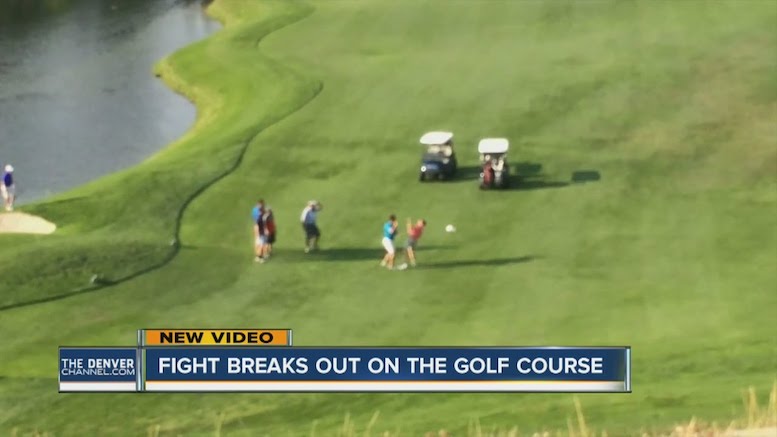 So, as we’ve discussed before, a classification problem sometimes arises here because, for whatever reason, I think violence in certain (limited) situations is inherently funny, and so whenever that happens, I tend to immediately consider adding it to the GRTK list. But over time, the same general situation is going to arise more than once, hence the classification problem.

For example, let’s say a fight were to break out next week during a game of Yahtzee. (Of course that is certain to happen somewhere, but I mean one ridiculous enough to make the news.) Well, we’ve already had two of those. I decided the second one was just another example of GRTK #2: Yahtzee Dispute, not (as it would have been at the time) GRTK #19. Would a third example be classified the same way, or should it be #2a, or could it be different enough to get its own place on the list? Hard to say. Same for Star-Wars-related violence. Compare GRTK #58: Star Wars Spoiler with GRTK #68: Star Trek v. Star Wars (relative merits of same) and GRTK #68a: Disrespected by Yoda Fan (relative merits of Spock and Yoda). It all depends.

This problem is especially acute where golf is concerned.

I just think golf is inherently ridiculous to begin with, and this is surely in part because I’m terrible at it but also because I keep hearing it’s supposed to be quite relaxing, which is not too consistent with my experiences or observations. So any sort of golf-related violence is likely to get my attention, whether it results from the nature of the game itself (see, e.g., “Golfer Sues Course After Hitting Himself With Ball” (Feb. 26, 2009)), or from the interaction of those who play it (compare GRTK #21: Wanted to Play Through with GRTK #63: Golfing Too Slowly). Obviously, the same classification problems are going to arise.

But given that somebody’s finger gets bitten off in this one, it’s getting its own number.

On August 20, a golfer pleaded not guilty to charges of assault, battery, disturbing the peace, and—more to the point—mayhem, after an incident in which he allegedly bit off the fingertip of another golfer during a “beer-fueled brawl.” Police were summoned to Southers Marsh Golf Club in Plymouth, Massachusetts, which according to its website normally “features a relaxed, fun-oriented atmosphere where everyone always enjoys themselves,” but on this particular occasion, did not.

According to the Boston Herald, the alleged biter was in a foursome that became agitated by the play of the group in front of them. Partly this was because that group was playing “too slowly” (see above), but the man also told police he was angry because the group “appeared to be cheating.” How, exactly, they were cheating, and why that cheating would have affected an entirely different group, was not explained. The report does say that the allegedly cheating foursome “had ballooned to eight golfers,” so maybe that had something to do with it. That triggered an objection, at least, and then “things got out of hand”:

Obscenities, reckless driving of golf carts and fisticuffs allegedly ensued on both sides. When the golfers began to scuffle, [the suspect] told police he wound up under a pile of bodies and bit down on a finger until they got off him.

Police asked [the suspect] if he knew at the time how hard he was biting. He allegedly replied, “I did, and I could tell it hurt him.”

The bitee agreed with this evaluation very strongly, as you would expect given that the tip of his left index finger was missing.

That’s what makes it “mayhem,” as opposed to just assault & battery. Though we use the term pretty broadly, in criminal law it means to maliciously and intentionally maim or disfigure someone, and for some reason the Massachusetts statute lists a bunch of specific parts but, more generally, applies to anyone who “cuts off or disables a limb or member” of another person with the required intent. And admitting that he knew how hard he was biting is not going to be helpful to the suspect on that score.

Also not helpful: the bitee’s testimony that the bite sounded “like someone chewing on a Dorito.” Yikes.

“Things aren’t always what they seem,” the Herald quoted the suspect’s lawyer as saying after the plea. That is certainly true. They are more likely to be what they seem when there is video, as there reportedly is in this case. But not always.