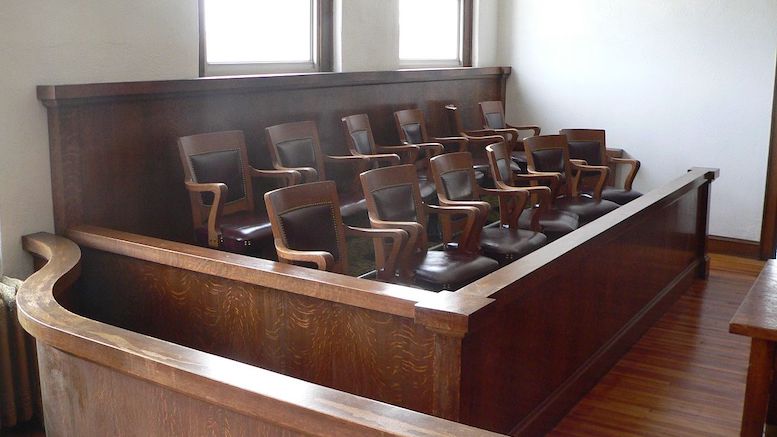 A jury box that you're not in, although you'd be happy to serve if you could, really

Well, this category of posts needs some serious reorganization, which is something I just realized I’ve been promising to do since 2007 and yet none should doubt the continuing seriousness of my commitment to doing just that.

For now, let’s keep this as #12 in this occasional and quite poorly numbered series.

Like all other citizens (including presidents), judges are generally eligible for jury duty unless some statute exempts them. But as you might expect, there are many statutes of that kind, at least in the United States. Under federal law, for example, the names of judges and other state or federal public officers don’t go into the hopper at all, so long as they are “actively engaged in the performance of official duties.” Some states have similar laws, although some do not. So judges do sometimes have to report for jury duty just like everyone else. This is not to say they will actually be chosen to serve, something that is probably very rare just because most lawyers probably don’t want other lawyers—much less judges—on a jury panel.

Just FYI for lawyers, if you can honestly say, and also somehow manage to bring up during voir dire, that one of the tasks you regularly perform is drafting and arguing about jury instructions, you are likely to be excused almost immediately. I didn’t do this intentionally, you understand, I was just describing what I do, and I’m just telling you what happened.

They may be summoned but will very rarely be chosen to serve. It must be extremely rare, however, for a judge to be summoned for jury duty in a case over which he or she will be presiding. But that happened in the UK not long ago—and the judge then had trouble getting out of it.

In England and Wales, at least, judges are not exempt from jury duty (only diplomats are). So Judge Keith Cutler presumably wasn’t too surprised to get a summons. But he did notice that the case involved was one over which he personally would be presiding. And yet he still had some trouble getting himself excused, according to The Guardian:

Cutler, the resident judge of Winchester and Salisbury since 2009, told a jury [during voir dire in a different case] he had to make several attempts before he managed to excuse himself from his public duty….

“I was selected for jury service here at Salisbury crown court for a trial starting 23 April,” he said. “I told the jury central summoning bureau that I thought I would be inappropriate, seeing I happened to be the judge and knew all the papers.”

“They wrote back to me. They picked up on the fact I was the judge but said ‘Your appeal for refusal has been rejected but you could apply to the resident judge’, but I told them, ‘I am the resident judge.’ I had to phone them up and they [eventually] realised it was a mistake.”

Judge Cutler said he would have been happy to serve on the jury had the circumstances been different. I would say the same. Although, to be completely honest, this is something that’s easy to say for someone who’s legally or as a practical matter exempt from serving on a jury. Not because such a person would want to be excused, you understand. I’m just telling you what could happen.

Whereas, South Florida Should Become the 51st State