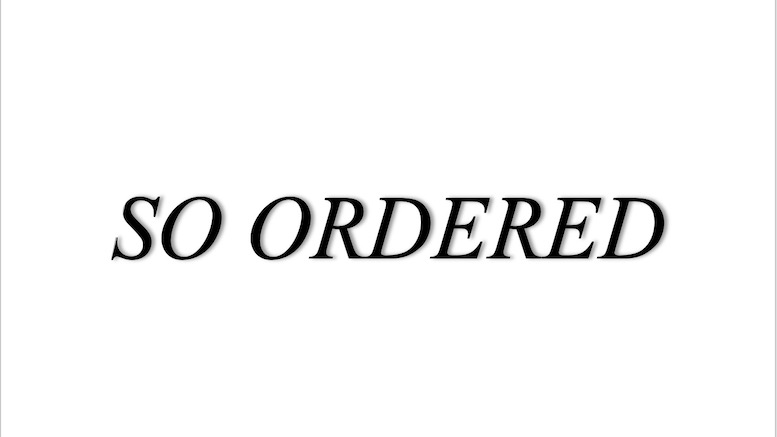 I guess that headline could apply to dozens or even hundreds of cases I’ve mentioned over the years, so I probably should have included quotation marks: 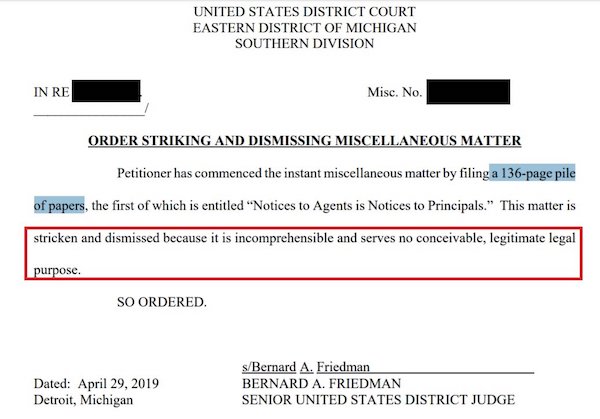 When is the incomprehensible motion for reconsideration due?

This comes from the Twitter feed of Detroit News reporter Robert Snell, who posted it this morning with the simple comment, “Ouch.”

And while no one would like having their lawsuit described as a “pile of papers,” in this case it seems to have been literally true, according to Snell: 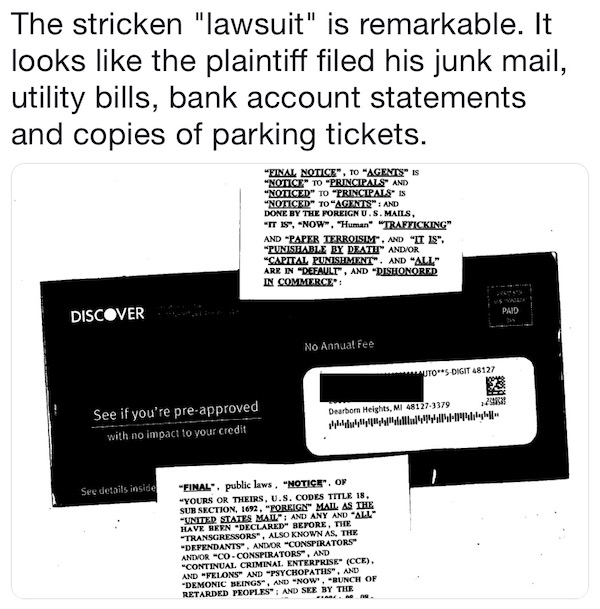 Snell redacted the case number and the petitioner’s identifying information, and I can think of a couple of good reasons for doing that, which is why I haven’t looked harder to find the original. Based on the excerpts of the text that he did post, it seems likely that this is another “sovereign citizen” at work, though it could be a more generic kind of nut job.

As you likely know, sovereign citizens generally ascribe an almost magical significance to punctuation, as this person seems to, and claim the federal government is an illegitimate criminal enterprise. (Not saying I entirely disagree with that, but they should at least leave the Post Office out of it.) These people also generally contend that the law does not apply to them unless they specifically consent, that they are only subject to jurisdiction in special courts, that they don’t need to pay taxes, and they can create their very own currency and financial documents, just to name a few of their greatest hits.

On the other hand, at least one of them has apparently qualified for a Discover card, although that doesn’t seem to have impressed Judge Friedman.

Good Reason to Kill #39: Took All the Crab Legs

Next Wave of Litigation: Ear Candling?

What’s the Point of Being a Polo Tycoon If You Can’t Adopt Your Girlfriend?