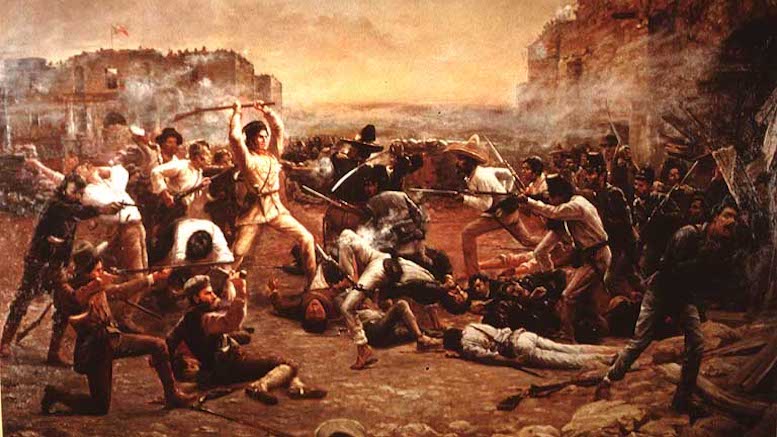 This isn’t as good as the Boston Strangler resolution (also Texas) or the New Mexico Wizard Bill (both in that book, coincidentally), but seemed worth noting.

Not being Texan, I had not previously pondered the similarities between the Texas and Chilean flags, but they are in fact very similar. And Rep. Tom Oliverson (R.-Austin) would like to make sure Texans don’t confuse them when selecting emojis. 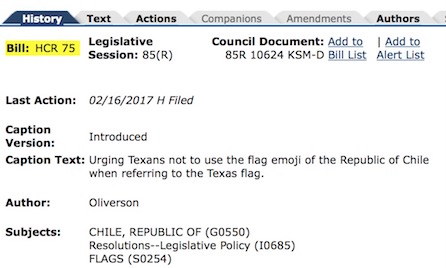 Both flags are red, white, and blue, obviously, and feature a lone star. The red and blue are different shades, it appears, but the only other difference is that the Texas flag has its lone star in a blue square: 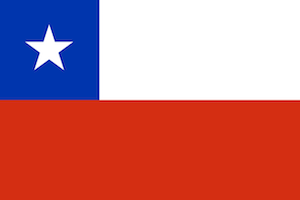 while on the Chilean flag the whole left border is blue: 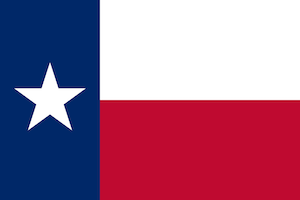 No, wait, it’s the other way around. Chile has the blue square, and Texas has the full blue field on the left. Sorry! Just remember everything’s bigger in Texas, and you can keep them straight that way. Although Chile is actually bigger than Texas (291,933 square miles v. 268,597), and that could be confusing if you were to get that extraneous fact stuck in your brain.

Apparently, Chile had its flag first, or at least it adopted the basic design in 1817. The Republic of Texas adopted its flag in 1839, and it became the state flag when Texas joined the Union (temporarily at first) in 1845. It’s not clear who designed the Texas flag, and there’s no reason to think it was modeled on Chile’s. As is usually the case, there were lots of other designs out there, actual or proposed; I have to say I find it kind of hilarious that according to this article, Texas might have had a flag with a rainbow on it, had a meeting about flag designs not “hastily adjourned” in 1836 because the Mexican Army was on the way. 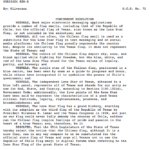 Anyway, the flags are in fact similar, and so their flag emojis of course are similar, and similarly confused. Oliverson’s resolution (right) aims to do something about that.

According to HCR 75, “most major electronic messaging applications” include an emoji for Chile’s flag but not Texas’s. “All too often,” it claims, the Chilean flag is used as a substitute, which will not do. The colors and symbols stand for different things, the resolution says, and so on and so forth. Therefore, by adopting the resolution, the legislature would

reject the notion that the Chilean flag, although it is a nice flag, can in any way compare to or be substituted for the official state flag of Texas and [would] urge all Texans not to use the Republic of Chile flag emoji in digital forums when referring to the Lone Star Flag of the great State of Texas.

So far there has been no further action on the resolution, but it was just filed on February 16. In the meantime, consider yourselves only informally urged.

CNN: Michael Jackson: Does Anyone Care?

Live-Blogging From the Pants Trial