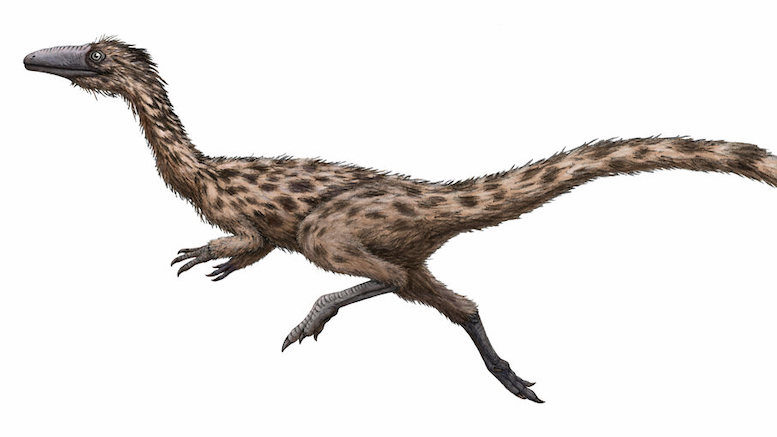 The candidate (image: Michael B. H. via Wikipedia, CC-BY SA 3.0, tail brutally cropped by me)

State Rep. Jack Patrick Lewis has introduced HD 1392, a bill that would make the thing pictured above the official state dinosaur of Massachusetts, and one of a dozen or so official state dinosaurs in the United States. I’ve still only gotten through Hawaii in the Official State Crap project, but have already mentioned the official dinosaurs of California (Augustynolophus morrisi) and the District of Columbia (Capitalsaurus, if it exists). Reportedly there are others, but I’ll figure that out later.

By the time I get to Massachusetts, we’ll know whether this one became official or not. According to this report, it was chosen in a preliminary vote sponsored by Boston’s Museum of Science to determine which of the two nominees would receive the honor.

There were only two nominees because, according to the paleontologists who consulted on the matter, the bones of only two species have been found within what is now Massachusetts: Podokesaurus holyokensis and Anchisaurus polyzelus. The second was discovered first, in the 1850s while construction workers were setting off explosives. Those bones, which somehow survived the explosives, now reside at Amherst College. The other candidate, P. holyokensis, was discovered in 1910 near Mount Holyoke, hence the name. Those bones were actually lost a few years later after a fire destroyed the building they were in, but casts of those bones and the scientists’ notes survived. And besides, this is obviously a contest that you need not be present to win.

Not much is known about this beast. No other example has turned up since the one found (and then lost) a century ago. But based on that evidence, scientists estimate it was roughly cat-sized (well, maybe large-cat-sized), and was a carnivore that could have run at speeds up to 12 mph/20 kph. That doesn’t really seem all that fast, although it probably would if I were being chased by a horde of large-cat-sized carnivores. But the species was named for this characteristic (its speed, not its desire to eat me), as Podokesaurus translates roughly to “fleet-footed lizard.”

Does Massachusetts need an official dinosaur? No, but then neither does anyone else. According to the report, Lewis came up with the idea while thinking about ways “to make paleontology accessible and engaging for his kid’s Cub Scout den” and, presumably, the other children of Massachusetts. As we’ve seen before, children are responsible in various ways for quite a few of the official state symbols that have been adopted to date, and that would be the case here as well. If it helps get them interested in science, I think that’s great. If the process helps educate them about how our government works … well, their hopes will be dashed soon enough, so let them have some fun with it now.

Ideas Too Good to Patent

Feds: Body-Scanner Images Cannot Be Saved, Except for These 35,000