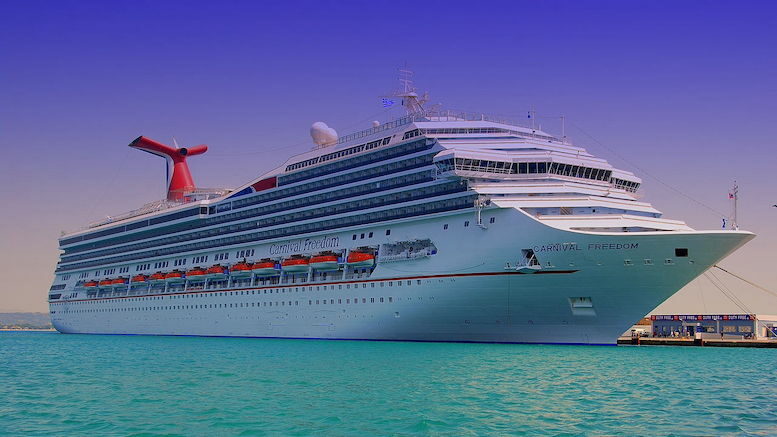 I am pleased to report that the judge in Ewing v. Carnival Corporation has ruled on the plaintiff’s Motion to Halt the Madness, filed on September 26.

The madness has been halted in part.

Plaintiff apparently alleges he was injured during a cruise when a Pullman bed fell on his head. Obviously, the reason that happened (assuming it did) will be a critical issue at trial, making the bed’s condition critical evidence. According to Plaintiff’s motion, the case has already been tried once, but the court granted a new trial after finding that a video Carnival had introduced, suggesting Plaintiff staged the incident, was unfairly prejudicial. According to Plaintiff, with the new trial impending and well after the discovery deadline had passed, Carnival suggested it would be offering four new items into evidence, including the bed itself and what Plaintiff called two “newly manufactured” videos of someone “jimmying” open the bed with a knife. These are the same shenanigans as before, Plaintiff argued.

“Hence, the title of this Motion. Help! Enough is enough.”

Carnival’s response was much longer than the motion itself, and began thusly:

Defendant, CARNIVAL CORPORATION, by and through its undersigned counsel, and pursuant to the pertinent Federal Rules of Civil Procedure, hereby responds to Plaintiff’s Motion to Halt the Madness (And Request for Hearing), and as grounds therefore, states as follows:

So I hated it immediately. Cf. “THIS AGAIN (Hereinafter, ‘This’)” (Mar. 23, 2022). I was, however, amused by the fact that Carnival was more or less forced to call the document “Defendant’s Motion in Response to Plaintiff’s Motion to Halt the Madness,” and it didn’t even put “Halt the Madness” in quotes.

This is followed by an introduction that is five pages long (also bad) and mostly consists of Carnival saying several different ways that it’s not doing anything unfair by trying to offer the bed into evidence now. It argues repeatedly that it could not have removed the bed from the ship until now “because it was affixed to a bulkhead on a cruise ship” and “doing so would have greatly interfered with the vessel’s normal operations.” But Carnival has now decided to sell the ship, apparently for scrap, and because it’s going to be destroyed there’s now no problem with removing it.

This doesn’t seem credible to me, though I’m no cruise-ship expert; and as Plaintiff points out in his reply, removing the bed would not have interfered with normal operations during the pandemic, when there were no cruise-ship operations at all. “Perhaps Carnival has heard of Covid,” Plaintiff notes. “It was in all of the papers.” But the bigger problem, Plaintiff argued, were the new “jimmying” videos and the other proposed exhibit, an example of “the standard cutlery set” that comes with room service orders, which Carnival apparently suggests Plaintiff used to do the alleged jimmying.

Today (October 14), the court issued its “Order on Plaintiff’s Motion to ‘Halt the Madness,’” using quote marks as shown. The court did halt the madness to the extent it involved offering videos or the cutlery set. Those are excluded from the new trial. But it did allow Carnival to use the bed as a demonstrative aid, though the bed will not be admitted into evidence. Both sides will be able to use it in the courtroom, but Carnival will not be allowed to have a witness try to demonstrate any jimmying of the lock, at least not without specific permission. (Because the bed won’t be in evidence, the court noted, there is no risk that jurors might try to do any jimmying themselves during deliberations.)

Needless to say, I know nothing about this case other than what’s contained in the briefing and order, so I have no opinion on how the case should come out. But I do have an opinion on who did a better job on the papers, and that was clearly the plaintiff’s counsel. The title was only the first salvo in that victory.

For other amusingly titled motions, see the Pleading Archive, where you can find copies of such classics as the “Motion to Compel Defense Counsel to Wear Appropriate Shoes at Trial” and the always popular “Motion for a Fist Fight.”

Another Former President Moves to Intervene in Mar-a-Lago Case

Court: Your Unicorn Case Is Not an “Emergency”

Happy Holidays! (Now Get Out of My Courtroom)

I’ll Show You a Run-On Sentence