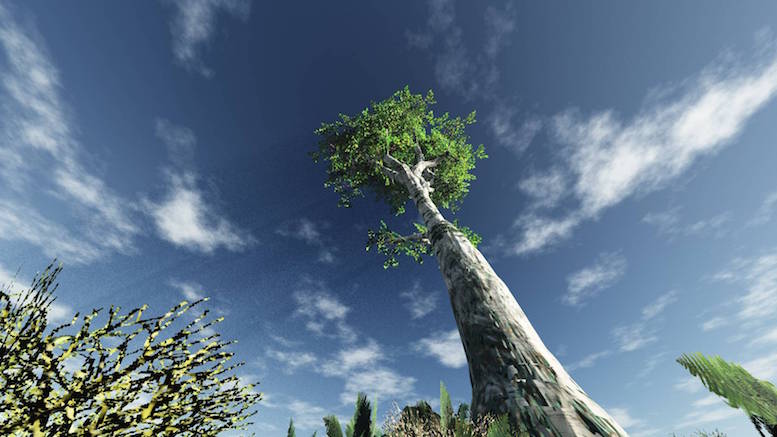 Or so said Justice Scalia, answering a nutty hypothetical question he asked himself whilst concurring in Mullenix v. Luna this week. Because he was in the majority of an 8-1 decision, it’s a little surprising he wrote separately at all; because the case involved an officer who shot and killed a driver, it’s a little surprising he brought up trees. But let us start at the beginning.

As is often the case, the guy whose Fourth Amendment rights were at issue was not a model citizen. But neither was he a serial killer or terrorist. An arrest warrant had been issued for Israel Leija, Jr., because he allegedly violated the probation to which he’d been sentenced on misdemeanor domestic-violence charges, and had “failed to complete all his hours of community service.” These are not acceptable things, of course.

But what got him killed was his decision to start a high-speed freeway chase when an officer tried to arrest him. Worse, Lejia called the dispatcher and threatened to shoot at the officers if they didn’t stop. (He didn’t have a gun, but they couldn’t have known that.) Officers decided to stop Leija by laying out spike strips. They put the first set in place below an overpass and waited for Leija’s car to arrive.

This is where Trooper Chad Mullenix enters the picture.

Earlier that day, Mullenix had been given a bad review by his supervisor, Sgt. Byrd, who said he was “failing to meet expectations” and should be more “proactive” about traffic stops. That sounds like he hadn’t written enough tickets, but when he heard about the pursuit on the radio that night, he decided to get involved in something more exciting.

Mullenix called in and said he “might go to the [overpass] with a rifle and see what kind of shot I get.” He knew the spikes were out, but said he might try to stop the car by shooting at its engine—something he’d never tried before and hadn’t been trained to do (if they even train for that). Nobody seems to have said “don’t do that” immediately, but then they were all pretty busy. When Mullenix got to the overpass, he called in again to ask whether this was “worth doing,” but got into firing position just in case.

Forty seconds later, the dispatcher called back saying that Sgt. Byrd—the guy from the performance review—had ordered him to “stand by” and “wait and see if the spikes work.” (Mullenix claimed he didn’t hear this order, but because of the procedural status of the case, the courts had to assume the plaintiff’s version—the opposite—was true.) When Leija’s car approached, Mullenix fired six times. If he was shooting at the engine, he missed all six times. But he hit Leija four times, killing him. The car rolled twice before stopping, causing Mullenix to say “That ought to do it.”

The next time Mullenix saw Sgt. Byrd, he said “How’s that for ‘proactive’?”

The legal issue was whether Mullenix should get qualified immunity, which protects officers from liability unless their conduct “violated clearly established statutory or constitutional rights of which a reasonable person would have known.” The idea is to avoid second-guessing officers for action in difficult situations, unless a reasonable officer would have known he or she was acting illegally. Both lower courts denied summary judgment, holding there is a clearly established rule against using deadly force in the absence of an immediate threat to others, and that a jury would have to resolve the factual dispute about the threat level here.

The Supreme Court held that analysis was too general. “The relevant inquiry,” it said, “is whether existing precedent placed the conclusion that Mullenix acted unreasonably in these circumstances ‘beyond debate’….” And by “these circumstances,” it meant exactly the circumstances. That is, unless a court has already decided a case involving exactly or almost exactly the same facts, an officer can’t be expected to know he’s acting illegally. There was no such case, the majority held, so immunity applied.

This is a tough one, but seems wrong to me. The lower courts did not hold Mullenix was liable, or even that he acted unreasonably. They just held there was a factual dispute about the circumstances that a jury would have to resolve, so they couldn’t grant summary judgment. While judges do decide things as a matter of law, they’re only supposed to do that when the facts are undisputed. Here, the parties disputed whether other officers were really at risk. Seems like there should have been a trial where the first question for the jury would be “was there an immediate threat to others,” and if it answers yes, you stop there because immunity applies. But the majority’s position seems to take this away from the jury in virtually every case, not just those where the relevant facts are undisputed.

If you think that is maybe cutting the police a little too much slack, you might be Justice Sotomayor, the dissenter. She conceded that Mullenix’s actual intent (“how’s that for proactive”) wasn’t relevant to immunity, which is an objective test. But she found it pretty clear, or at least debatable—even without a case directly on point—that a reasonable officer in those circumstances had no reason to be shooting. “By sanctioning a ‘shoot first, think later’ approach to policing,” she concluded, “the Court renders the protections of the Fourth Amendment hollow.”

So where does the tree come into it?

Well, to Justice Scalia, the majority opinion did not cut the police enough slack. He wrote separately only to say that while he joined the judgment, he would not “describe what occurred here as the application of deadly force in effecting an arrest.” Now, because an officer fired six rifle shots at a car, you might consider that to be the “application of force.” And because he hit and killed the driver—or just because rifle shots often do that kind of thing—you might describe that force as “deadly.” But then you’re not Justice Scalia:

It does not assist analysis to refer to all use of force that happens to kill the arrestee as the application of deadly force. The police might, for example, attempt to stop a fleeing felon’s car by felling a large tree across the road; if they drop the tree too late, so that it crushes the car and its occupant, I would not call that the application of deadly force. Though it was force sufficient to kill, it was not applied with the object of harming the body of the felon.

Or, they might try to stop him by painting a tunnel on a wall so he’ll try to drive into it, or by dropping an anvil on him from a balloon when he drives over the big X, or maybe they could get him to eat a sandwich filled with ball bearings so they can stop him with a giant magnet. Or they could “shoot at the car’s engine” for no good reason; that example seems fine to me. Regardless, Scalia is saying that sure, any of these schemes might result in death, but that’s not what they intended; and we shouldn’t go around calling this “the application of deadly force” because throwing around terms like that might “stack[ ] the deck against the officer….” What? The deck is so heavily stacked in an officer’s favor that this hardly seems like a problem. Calling this what it is would be a step in the right direction, in fact.

How’s that for proactive?

Dutch Pedophiles Organize to Protect the Right to Molest

Man Sues Church After Falling Due to Receipt of Holy Spirit

Court to DOJ: About That Meta-Data You Said You Didn’t Have … [Update II]