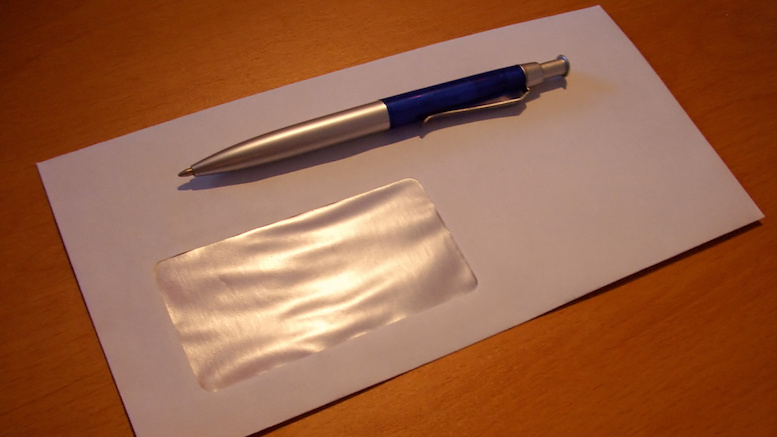 Swedish sources report that a man charged with knowingly operating an unregistered vehicle has successfully asserted the officialdocuphobia defense: he claimed he didn’t know he needed to register because his crippling fear of official correspondence prevented him from opening letters that would have told him so. See “Frias för trafikbrott på grund av fobi för fönsterkuvert,” Skånska Dagbladet (Sept. 2, 2016).

I apologize to Skånska Dagbladet subscribers for whom this may be old news.

According to the report, the 49-year-old resident of Visseltofta drove his moped off the road in July 2015, and responding officers found he was intoxicated. They also found his moped was not påställd, a word that online resources absolutely refuse to translate but appears to mean something like “registered” (insurance and tax have been paid, that is). Also, it turned out that he had been busted for the same thing in April, so they charged him with two counts of drunk driving, one count of violating a traffic records law, and one count of unlawful driving for knowingly failing to påställ his moped.

The other charges stuck, but the court let him off the hook for unlawful driving, despite a fairly convoluted and not-too-convincing argument. The moped was un-påstalld when he bought it in 2013, the report says, but the man said he had paid insurance and submitted “the documents on ownership,” and thought that was all he needed to do. He might have learned otherwise after the April incident, but that didn’t happen, he testified, because he “got ambulance transportation” at that time and the police “never had the chance to talk to him about it.” So either that moped accident was pretty serious, or maybe a friend of his who’s an ambulance driver just happened to be passing by. Hard to say.

Someone pointed out, however, that since he filed the ownership papers he should have been getting letters from the Swedish Transport Agency telling him that he needed to påställ the thing. He probably did, he admitted, but if so he could not have read them, because he has a phobia of official correspondence (the Swedish word is fönsterkuvert, literally “window envelope”) that makes it impossible for him to open or read such letters. In fact, he said, “purely the sight of a fönsterkuvert results in severe anxiousness.” Ignorance of the law is usually no excuse anyway, but the court decided to accept this excuse, finding he had not acted “knowingly.” (I imagine it probably felt that the first three charges were plenty and this one wasn’t worth the effort necessary to prove knowledge.)

This is not the first time officialdocuphobia has been asserted, of course; you saw it here in 2008, when a German woman raised it in an effort to explain why she hadn’t sent in documents supporting her benefit claims. But that court rejected the defense, saying that if she’d suffered from the condition as long as she claimed, she could and should have sought treatment for it. Also, the condition is closely related to “Late-Filing Syndrome,” which is known to strike certain Americans on or shortly before April 15 each year. LFS claims are reportedly “not uncommon,” in fact, even though they don’t seem to pass the Straight-Face Test. Still, as these cases demonstrate, sometimes it might be worth a try.