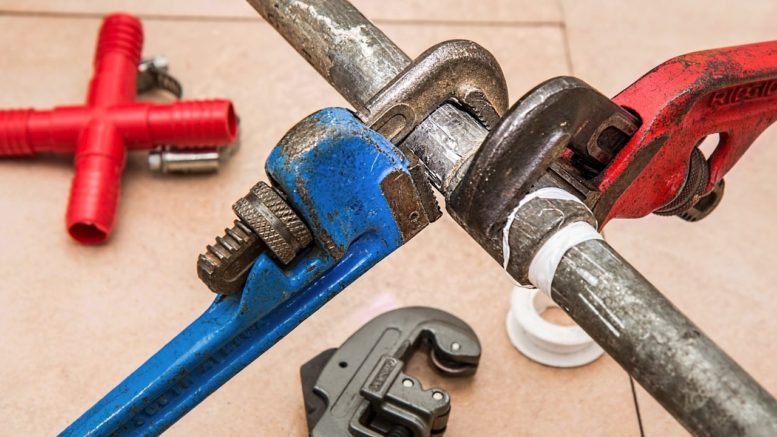 Anyone can do it—or at least it's legal to try (image: SteveP via Pixabay)

These events have been reported elsewhere as “Texas Legislature accidentally makes everyone a licensed plumber,” and that is certainly the kind of thing that will get my attention. See, e.g. “Oklahoma Accidentally Makes All Civil Litigation ‘Loser Pays’ (May 23, 2017); “Ruling on Typo Means It’s Still Okay for Young’uns to Marry in Arkansas” (Oct. 15, 2007) (noting legislature had accidentally repealed lower age limit). But in this case it doesn’t seem to be entirely true.

What the legislature seems to have done, according to the Texas Tribune, is abolish the Texas State Board of Plumbing Examiners, which is currently responsible for licensing plumbers and enforcing the state plumbing code. Or, at least, it failed to reauthorize the thing. Under a “sunset” law, the board dissolves automatically on September 1 unless the legislature takes action. But that didn’t happen. It looks like the legislature had no intention of doing so anyway, because it had a bill ready to go (Senate Bill 621) providing that the board’s functions would be transferred to the larger Texas Department of Licensing and Regulation on September 1, when the sunset provision takes effect. So one way or another, the legislature apparently planned to get rid of the TSBPE for good.

Publisher’s Note: Consistent with my long-established policy, at no point in this post will I be using the word “flushed” to describe any action by any person or entity, nor for that matter will I be using plumbing-related terminology of any kind in such a way in connection with this incident. I have no comment on the Tribune’s choices in this regard. That is all.

Okay, fine—except that it then failed to pass SB 621, or a backup “safety net” bill that protects agencies otherwise threatened by the sunset provision. And the legislative session has now ended. So as of September 1, there will be no entity responsible for licensing plumbers and enforcing the state plumbing code, although that last part won’t matter because the code also expires automatically on September 1. So it’s not that the legislature just made everyone in Texas a licensed plumber, it’s that now anybody can legally do plumbing work in Texas without a license.

Whether this is a problem depends on who you ask, and probably whether you need any serious plumbing done.

The Tribune quoted a source as saying this is a disaster because the plumbing industry in Texas is now “completely unregulated.” But it cited the source as “Roger Wakefield, master plumber,” and it struck me as at least possible that master plumbers and/or other currently licensed plumbers might not be entirely objective on this matter. Some believe that there is way too much state regulation of professions to begin with, and that abolishing a few agencies and plumbing codes and licensing requirements might be a good thing. I tend to be sympathetic to that view, though I was more sympathetic to it before I noticed that what I assumed would be a metal pipe leading from my garbage disposal to the drain was in fact a sort of tube made out of rolled-up electrical tape. That suggests you might be better off with a master plumber as opposed to, for example, your friend’s brother Doug who knows where to borrow a wrench. Something to consider.

While the details of the legislature’s action, or inaction, are a little complicated, it does look like this happened semi-accidentally.

According to the Tribune, when SB 621 came up in the House, Rep. Senfronia Thompson—wait. Senfronia Thompson. Does that ring a bell? Yes it does. See “That Includes You, Sticky” (Sept. 18, 2018) (reproducing a brief but colorful address by Rep. Thompson to the Texas House on a matter of personal privilege). Anyway, Senfronia did not disappoint here, either. She amended SB 621 to postpone the transfer of authority until 2021, which I think would’ve meant there’d be no licensing authority for those two years. But that apparently was removed during compromise negotiations. She then objected to the result and asked her colleagues to reject the bill, saying—I think—that she didn’t believe Texas needed any of them goldang plumbin’ boards:

“How many people in your districts have told you that because of what has been going on for the last several years that they got poop running out of their house and all over the streets?” Thompson said. “Nobody in your district has been telling you that. But they’ve been telling you they need plumbers, they need to be independent and all we’re doing is giving them the independence that we created.”

I interpret this to mean that (1) ain’t nobody got poop running out of their house and all over the streets in Texas, and (2) Rep. Thompson believes that situation will not deteriorate appreciably under the new regulatory regime. I might be misreading it, though.

Rep. Chris Paddie urged colleagues to support the bill, saying that if it didn’t pass, the board would “fall under the safety net” instead, which was bad for a reason I don’t really understand. But neither did anybody else, or they didn’t care, because the House rejected the bill. Three hours later, though, Paddie was back on the floor saying he had misspoken—the safety-net bill had already failed, so if SB 621 didn’t pass, Texas would be without either a licensing entity or a plumbing code on September 1st. Oops. But again it didn’t matter, because the House rejected his request to reconsider the vote.

“Congratulations to us all,” Paddie was quoted as saying. “Our plumbing shortage is solved, because [now] we can all become plumbers.” Unlicensed plumbers, but yes.

Divided Court Rules 4-3 That Lap Dances Are Not “Artistic”