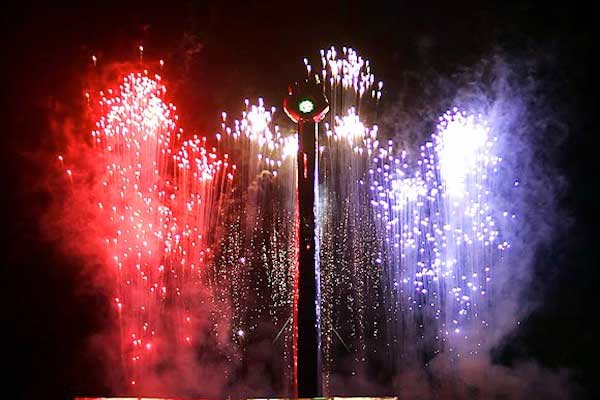 On January 13, Johnny Depp sued his former business managers, charging The Management Group and two of its attorneys with mishandling funds and collecting almost $30 million in unearned fees. On January 31, the defendants fired back with a cross-complaint, saying those allegations are “absurd and untrue,” and that the only one to blame for Johnny Depp’s current financial situation is Johnny Depp. In fact, TMG alleges it did “everything possible to protect Depp from his own irresponsible and profligate spending,” and provides many examples including Depp’s decision to spend “over $3 million to blast from a specially-made cannon the ashes of author Hunter Thompson over Aspen, Colorado.”

Granted, it is a little hard to believe that Johnny Depp could be in financial trouble, given that (according to the New York Times) he has earned $650 million during a 33-year film career dating back to the original Nightmare on Elm Street (though roughly $649,975,000 of his earnings came later). But that seems to be the case. He alleged in his complaint that he fired TMG after it told him he’d need to start selling property in order to remain solvent, for example.

And he does own a lot of property, at least according to the cross-complaint, which mentions the following:

This last one seems to be an exaggeration, because so far as I can tell he only owns one. Still. Then there is personal property, including:

Again, that last one’s hard to judge because they don’t say how big the storage facilities are. So this could be completely reasonable.

And, of course, he spent $3 million to blast Hunter S. Thompson’s ashes out of a cannon.

This is quite well known, of course, except for the dollar amount. But if you’ve forgotten, allow me to remind you. Hunter S. Thompson, who was a remarkable and hilarious writer, and also a complete lunatic, which is not a criticism, died in 2005 at the age of 67. He apparently killed himself due to declining health, and that’s sad; but he wanted to be shot out of a cannon at his funeral, and that isn’t.

Custom cannons are expensive, I’m sure, so $3 million frankly seems pretty reasonable for a bash of this magnitude.

Still, if you don’t have it, you can’t spend it. But the complaint doesn’t allege that Depp didn’t have the $3 million to spend back in 2005, or otherwise explain when exactly he got in financial trouble. But details like this aren’t really necessary to a simple breach-of-contract claim anyway (TMG eventually gets around to claiming Depp owes them about $500K). They are often included in complaints for what one might call public-relations purposes, and that’s clearly the case here. You could say, of course, that by writing about it I’m furthering their public-relations strategy, and you’d be right; but on the other hand I’m not really drawing the conclusion they want people to draw, am I? No, I am not.

Variety reported that Depp’s attorney said this in response to news of the cross-complaint: “How cataloguing alleged spending by Mr. Depp of his own money could somehow absolve the defendants of their large and multi-faceted mosaic of wrongdoing will ultimately be determined by the Court.” He probably meant, “is a mystery and the merits of the claims will ultimately be determined by the Court,” but maybe he was short of time.

About That Religious Test