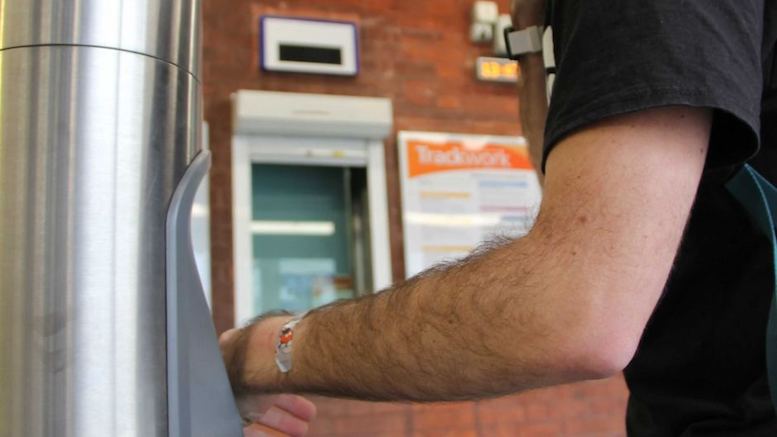 It'd be cooler if there were a Terminator arm in there (photo: Nick Dole, ABC)

Good news for those of you who have been holding a vigil for Australian “biohacker” and self-described “cyborg” Meow Meow-Meow to protest his unjust conviction for failing to produce a transit card when asked, something he could not do simply because he had implanted the card’s chip in his hand: his conviction was quashed on appeal.

You may now return to whatever it is you were doing before your vigil began, which was presumably nothing whatsoever, because that is the only conceivable thing that could be less important than the vigil was.

Meow-Meow, whose full (and legal) name is, for reasons not disclosed, Meow-Ludo Disco Gamma Meow-Meow, removed the near-field communication chip from the Opal card used in New South Wales transit systems and had a “piercing expert” implant it beneath the skin on the side of his left hand. Since the one-hour operation, Meow-Meow has been able to use public transit just by holding his hand next to the card reader, thus saving entire moments that might otherwise have to be devoted to taking out and holding up an actual card like the rest of you Neanderthals do.

“It gives me an ability that not everyone else has,” Meow-Meow said, using a series of words that, when uttered or written in the order displayed above, conveys a meaning that is both true and kind of stupid.

Meow-Meow said at the time (June 2017) that he was aware his plan would violate Opal’s terms of use, not because those specifically prohibit implanting the card within a shell of living human flesh but because they do not allow users to “misuse, deface, alter, tamper with or deliberately damage or destroy” the card, which Meow-Meow or his piercer had to do to get the chip out. “It will be really interesting to see what happens when the first transit officer scans my arm,” the aspiring quasi-human said.

Turns out it wasn’t, really, unless you think being charged with using public transport without a valid ticket and/or failing to produce a ticket to transport officers is interesting. And some of you may, considering that as we discussed earlier, before all this happened you were just standing around doing nothing of any kind, or more likely doing that lying down. Others, not. In any event, according to the report, Meow-Meow pleaded guilty to both charges, was fined $220, and was ordered to pay $1,000 in legal costs. He then appealed, which suggests to me that maybe he didn’t actually plead guilty, but I don’t claim to be an expert in Australian cyborg law.

Yesterday, or whatever day that was down there, District Court Judge Dina Yehia quashed the conviction. She said the case was “highly unusual” and that it “involved a unique set of circumstances,” as most but not all highly unusual cases do. The judge pointed out that that these were Meow-Meow’s first convictions and that there was no evidence he had tampered with the card in order to avoid paying any fares, which is presumably what the no-tampering rule is intended to address. Finally, the judge said that “while there were legal issues of general deterrence,” she was “of the view that the objective seriousness of the offence fell towards the lower end of the range, if not the bottom.” There are no quotes around those words in the story, but either the judge said them or the reporter has a law degree, would be my guess.

The state’s transport minister said the government did not condone what Meow-Meow had done, but recognized that under the circumstances it was a matter for the court. “It’s really crazy cat stuff to go and insert a chip inside your arm,” the minister said, suggesting he had noticed that the defendant had a rather unusual name.

Only after writing the above did I notice this on the news site I was relying upon: 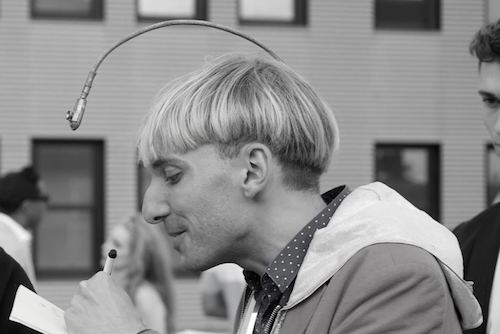 And having read the words that accompanied that picture, I would hereby like to apologize to Meow-Ludo Disco Gamma Meow-Meow for suggesting that he is ridiculous. I mean, he is, but he didn’t go to Spain to have a vibrating antenna implanted in his skull so he could feel colors. So, now he seems kind of reasonable, actually.