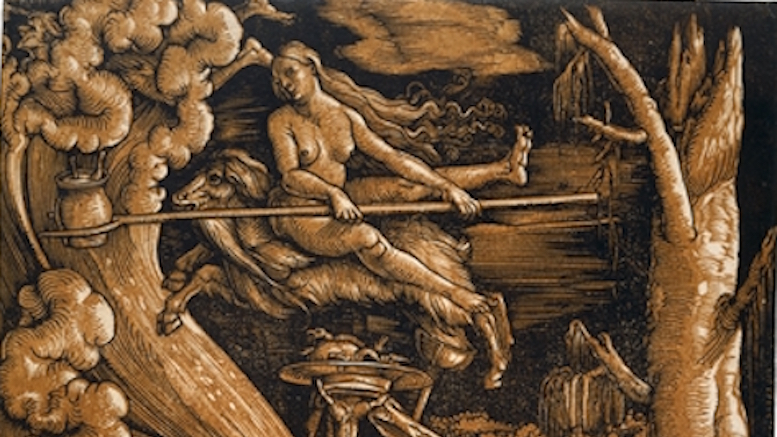 It won’t do her any good, because she’s been headless for 299 years now. But it’s always nice to set the record straight.

The village council of Brentonico, in northern Italy, has voted overwhelmingly to reopen the case of Maria Bertoletti Toldini, who was convicted of a variety of ridiculous things and executed in 1716. It’s not clear whether this means there will actually be a new trial—according to The Telegraph, the next step is to ask the Court of Appeal in Trento to reopen the matter—but it does seem to mean that the Brentoniconans would like to apologize, in a sense, for their ancestors’ actions. Which, as I said, is nice.

Nicer, certainly, than their ancestors’ decision to charge Toldini with, and execute her for, witchcraft, sacrilege, blasphemy, heresy, adultery, sodomy, and … what was the other thing … oh, right, “throwing a five-year-old boy into a pot of boiling cheese.”

While a number of documents from the trial survive, it doesn’t seem to be clear who first accused her of such behavior, or why. Toldini was a 60-year-old widow with no children who had remarried at the time of her arrest. The Guardian says that according to a local historian, she “was not a particularly extraordinary woman,” which doesn’t seem very nice, and probably translates to “I don’t know why they did this.” He speculated that she was probably targeted by members of her own family or other close associates because of an argument over some sort of property, which would fit the sad pattern of other such accusations.

Neither report offers any details of the evidence (if any) for the alleged child murder, or what witchcraft ritual they believed involved boy-flavored cheese. It is clear, though, that the upstanding citizens involved found Toldini guilty, had her publicly beheaded, and then burned her body. 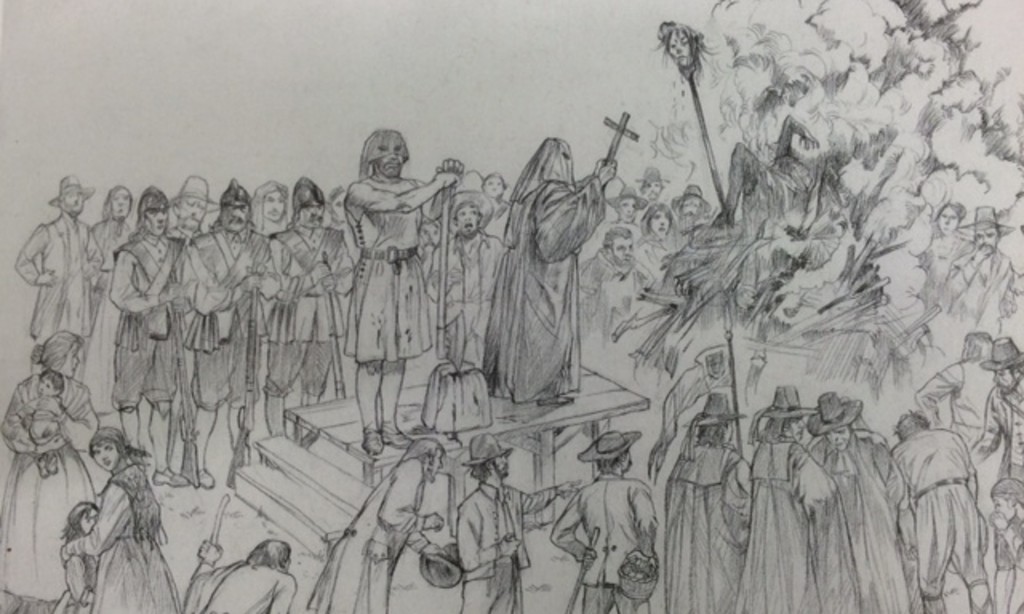 Somebody waved a cross at it, though, so it’s all good. (Photo: Franco Ottaviani)

Toldini was allowed to have a lawyer, the reports say, which was not normally the way these people rolled but may be some evidence, the historian said, that at this relatively late date people were starting to have some doubts about this witchcraft stuff. But this also seems like decent evidence that just because you provide some due process doesn’t mean there aren’t mistakes. The call for a retrial suggests that the villagers think there might just possibly have been one here.

Of course, people disagree as to whether apologizing for past atrocities is worth doing now. Compare, e.g., “Witch Pardoned“ (Aug. 29, 2008) (noting that Switzerland and Virginia had decided it was) with “Witches Screwed Again in Connecticut” (Apr. 4, 2008) (noting that Connecticut decided otherwise). Some think the symbolic value is important. But some think it’s a waste of time and money, and some think it’s “an example of not acknowledging … history on history’s terms,” as one professor put it, although I guess I’m not sure what that means, exactly. The town’s culture minister, who is spearheading the effort, acknowledged that some had questioned his initiative, but said that while he had listened carefully to input from the citizenry and fully valued and respected everyone’s opinions on the matter, he continued to respectfully disagree: “I told them ‘f-you,’ as we say in Italy.”

Well, words to that effect.

The Answers to Your Questions About Wisconsin’s State Symbols