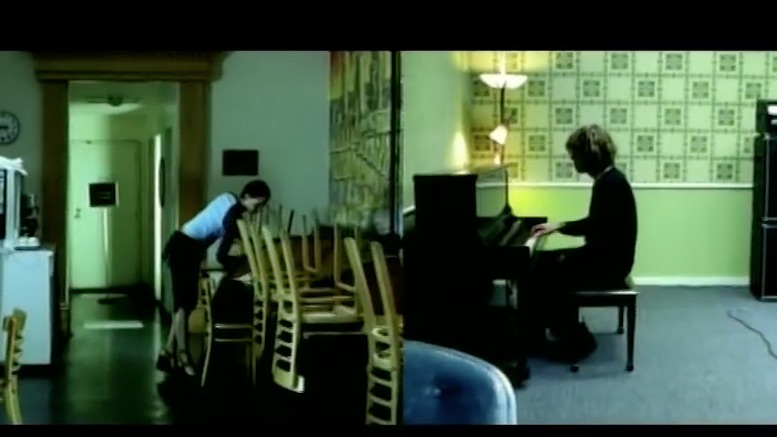 Still from the video for "Closing Time" (Geffen Records)

From the police blotter in Forest Grove, Oregon:

Nov. 26: A verbal altercation occurred after a woman allegedly told a man to “shut up” after he obnoxiously whistled the song “Closing Time” by the band Semisonic near her driveway.

According to a spokesman, police responded to the report of the “verbal altercation”—otherwise known as an “argument”—to find that the whistler had already moved on. They tracked him down anyway, and found him still whistling the same tune. Instead of arresting him immediately (nuisance, disturbing the peace, or war crimes charges come to mind), they simply spoke to him and sent him on his way.

If you had mercifully forgotten this song, I apologize, but like the phone call in The Ring, once you hear it the only way to be free is to share the curse with someone else, so here we are.

According to Wikipedia, “Closing Time” peaked at #11 on Billboard‘s Hot 100 in the U.S. in 1998, the year that also gave us “Gettin’ Jiggy Wit’ It” and Ace of Base’s cover of “Cruel Summer.” “Closing Time” did spend five weeks at #1 on the “Modern Rock Tracks” list, which seems very wrong, and is said to have an “oddly enduring legacy” for a reason no one quite seems to understand. It has been used in a number of films and TV series, perhaps most appropriately in The Office (season six, episode eight):

That seems about right.

Although happily no one was harmed as a result of this verbal altercation, it is worth remembering that musical provocation has quite frequently led to violence. See, e.g., Good Reasons to Kill #59 (“Objected to Bagpipes“); #38 (“Peaceful Easy Feeling“); #36 (“Dubstep”); #28 (“Alanis Morrisette”); #27 (“Gangnam Style”); #22 (“Disrespected Loretta Lynn”); #11 (“Sang ‘My Way’ Poorly”; noting that at least six deaths have been attributed to this in the Philippines); see also “Seattle Attack Blamed on Karaoke, Coldplay” (Aug. 12, 2007).